I fully support the decision taken by Malawi Government and Mutharika Administration to appeal not only what the public perceive as a serious miscarriage of justice and an attack on the foundations of our country’s democracy but also a travesty of justice. We will vigorously defend, guard and protect jealously our maiden democracy. We must never allow politicians in shiny robes decide on who we vote for. These politicians in shiny robes should never be allowed to legislate from their privileged benches. Their constitutional mandate is to interpret not to make laws.

Picture Manchester United where they’re on the league standing. Imagine if the team files a complaint today asking FIFA not to clown Liverpool as Champions because they (Manchester United) had incompetent coach. If that is not outrageous enough Man United further ask the league not to follow current league rules but 2010 rules because they favor them. That’s what happened with these so called judges. They could not find any rigging as the plaintiffs claim. How now would they justify their decision. Well, they fish out 50+1 which the legislature voted down. I appreciate the remedy but sadly it’s for a wrong patient. If these activist judges want electoral reforms this isn’t the forum for that. Plaintiffs did not ask the court to decide the best electoral system for the country. Was MEC incompetent? Maybe but that should never be grounds to undermine the will of the people.

Finally let me applaud Saulos Chilima for the statement he made calling for peace and for recognizing the right our constitution accords us to seek remedy in case of such miscarriage of justice as we have witnessed.

THUMBS UP APM FOR THE APPEAL: “We Must Never Allow Politicians In Shiny Robes Decide On Who We Vote For” added by Malawi Voice on February 5, 2020
View all posts by Malawi Voice → 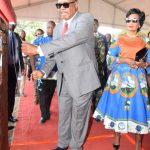 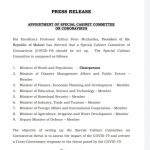 Chilima Sides With Mutharika on Appeal

One Response to "THUMBS UP APM FOR THE APPEAL: “We Must Never Allow Politicians In Shiny Robes Decide On Who We Vote For”"