The Centre for Democracy and Economic Development Initiatives (CDEDI),has disassociated itself from a fake letter, which is making rounds on social media platforms, purportedly issued by CDEDI, and addressed to the Homeland Security Minister, Hon. Richard Chimwendo-Banda.

The “fake letter” in question is tackling issues to do with refugees and asylum seekers in Malawi.

However CDEDI in a statement signed by its Executive Director Sylvester Namiwa has advised the general public to kindly ignore this misguided communication.

Namiwa is of a strong belief that the fake letter is the work of some criminal minds, that have ulterior intentions of taking the law into their own hands, to inflict harm on innocent people, that are carrying out their businesses in some parts of the country.

“Let the members of the general public be informed that CDEDI, has lodged an official complaint with the Malawi Police Service (MPS), at the Lilongwe Police station, in Area 3, and we are happy to report even further, that investigations have already commenced to flush out these criminals,” he says.

Proving that the letter is coming from evil minds, CDEDI, has reminded the public that recently it embarked on a project to lobby the Malawi Government, through the National Assembly, to review the 1989 Refugees Act, which is very archaic, and consider drafting laws to allow the integration of the refugees and asylum seekers in Malawi,
including the improvement of their welfare at the Dzaleka Refugee Camp in Dowa district.

“Thus far, CDEDI, delivered a petition to parliament on June 1, 2021, through the then Chairperson of the Parliamentary Legal Affairs Committee, Hon. Yusuf Nthenda,” he narrates.

Adding that “since then, our position has not changed, and shortly we will embark on massive sensitization and lobby campaigns, to ensure that the outdated Refugees Act, should be reviewed,”

He said that it is also worth pointing out that the refugees and asylum seekers, came to Malawi in search of peace, which they could not find in their own native countries and elsewhere.

“Additionally, by virtue of being human beings, the refugees and asylum seekers, have basic rights, and that ought to be respected and promoted at all times,” he says.

Namiwa says members of the general public, are therefore, advised that as a law-abiding institution, CDEDI cannot be seen to be flouting the law, by commenting on issues that have been presented before the court, in as far as the issue of moving the refugees and asylum seekers to Dzaleka Refugee Camp, as directed by the Homeland Security Ministry a few months ago, is concerned.

He has simce challenged Malawians to desist from making pronouncements, and indeed displaying some conduct, that would incite hatred and anger towards some sectors of the society, including the refugees and asylum seekers, to start living in fear. 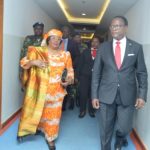 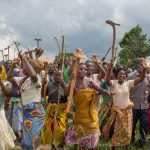 MHRC Weighs in on Contentious Land Issue in Mulanje, Thyolo 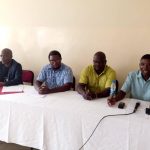