As one way of celebrating five Million subscribers Airtel Malawi on Wednesday launched “AIRTEL YABEBA” promotion which will run from May 13, 2021 to August 18, 2021 with the grand prize of MK5 million to the lucky winner.

In Airtel YABEBA, 48 millionaires will be made weekly as 48 customers are expected to win MK1 million each.

Speaking during the launch in Lilongwe, Airtel Malawi’s Acting Marketing Manager Thokozani Sande called up subscribers to patronize the initiative for life opportunities of being millionaires.

Sande lauded customers for being faithful to company’s growth hence the promotion as a thanksgiving. She also assured subscribers that the company will continue providing good services.

“The promotion is part our thanksgiving for achieving five million subscribers in Malawi. So, to benefit the promotion, just top up with at least MK200 a week and stand a chance to win cash! Recharge with MK100 and get free bonus minutes, SMSs and data for night use.” urges Sande.

Airtel Malawi is a leading mobile telecommunications company connecting millions of Malawians to the world through unrivalled data and voice solutions, as well as high speed fixed broadband internet services. 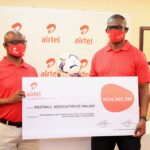 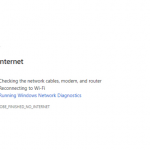 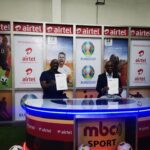