According to official FAM facebook page, Msungama is expected to meet Dr. Nyamilandu and FAM officials this morning at FAM headquarters, Mpira Village in Blantyre.

The meeting comes barely days after the outspoken Msungama asked Nyamilandu to resign as FAM president accusing him of being Democratic Progressive Party (DPP) member.

“I am a straightforward person who calls a spade by its name. I was interested that being an intellectual, how could he use his powers to advance his personal interests? I looked at it that he is not fit to be FA president.”

Reacting to the accusations, Dr. Nyamilandu denied holding any political position in DPP and any other political parties in the country. He added that FAM works and supports government of the day.

“I am a professional and not a politician. I don’t hold any political position in any party and neither have I rendered support to any political party,” said Dr. Nyamilandu

The FAM boss Nyamilandu also asked the sports Minister not to judge him based on social media propaganda.

Sports analyst in the country accused Msungama for dragging Nyamilandu and FAM into Politics. 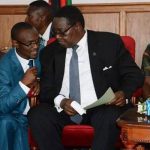 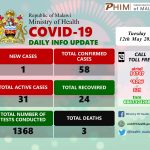 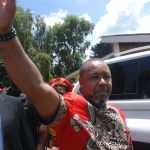