Netball Association of Malawi (NAM) has suspended all the association’s netball matches amid growing fears as Covid-19 cases spread in the continent.

The Press release signed by the Association General Secretary, Carol Babu on Sunday reads, “The Netball Association of Malawi wishes to inform its stakeholders that it has with immediate effect suspended all association netball matches in Malawi as a pre-cautionary measure against the COVID-19 outbreak”.

NAM said the suspension of the games follows His Excellency Professor Arthur Peter Mutharika’s address on Friday evening as he declared Malawi a State of Disaster due to the threat of the Coronavirus.

The State President has since directed the restriction of public gatherings, which includes netball matches, to less than 100 people.

Babu said considering that on average, the crowds that patronize an association netball match are over 100 people, NAM suspended all matches until further notice.

She said the Association would continue to monitor and constantly assess the situation, get advice and guidance from government and health officials and put contingency plans in place to respond to any emerging trends to Covid-19.

This means that the Presidential Netball Cup games which were slated for April 2 to 4, 2020 in Lilongwe have been postponed for a later day.

Meanwhile, NAM is urging their stakeholders to join the fight against this pandemic by observing the recommendations and general precautions against the pandemic.

For instance, she reminded Malawians to wash and/or sanitize their hands frequently, especially before eating and after contact with people.

Some of the recommendations and general precautions include, avoiding touching your   face, in particular eyes, nose and mouth. This can prevent the virus from entering your body.

People are urged to avoid close contact (within 1 metre/3 feet), especially with people who display symptoms of the virus, such as cough or fever.

The Public is encouraged to stay at home if they feel unwell, develop fever or other respiratory symptoms. 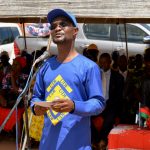 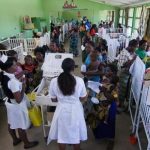 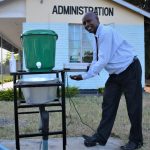