A Call has gone to President Lazarus Chakwera’s Tonse Administration to quickly revamp the national clean-up day campaign which is said to be dying a natural death barely eight months after being launched.

The national clean-up day exercise which is being championed by councils  was launched by President Dr. Chakwera with the prime aim of encouraging Malawians at both community and institutional level to clean their surroundings at least every second Friday of the month.

Sylvester Kelvin Tchuma, who is the Chief Executive Officer for Apostolic Development Incorporation (ApDev Inc), an international organization with its roots in Malawi which among others deals with environment, in a statement noted that the exercise is currently off-track.

”We have observed that the initiative is not running smoothly as projected when it was launched.

Despite it being introduced to people for its sustainability, we have observed that community members are no longer implementing it in their respective areas,” said Kelvin Tchuma

He further noted that political interference from members of the governing Tonse Alliance as a major setback to the campaign.

”Political interference of which active political actors has recently emerged to be ring leaders of the initiative, making community members think it is for political gains,” said Kelvin Tchuwa in a statement.

ApDev Inc has since recommended President Chakwera to engage concerned stakeholders on how best to revamp the camp.

“We would like to call upon all stakeholders including the government to come together and discuss the matter.

The appearance of a lot of places in the country is very unpleasant and unhealthy, the development that is putting lives of people into danger of getting sick as well as barring tourists from paying us a visit,” lamented Kelvin Tchuwa

But in a statement Secretary for Local Government Charles Kalemba said: “Malawians and institutions should consult their local government authorities on how to observe the day.”

Recently, Deputy Minister of Local Government, Halima Daudi, called for a robust approach in the implementation of the National Clean Up Day upon discovery of lack of pace a few months after its launch.

Daudi highlighted the importance of the exercise saying it instills a culture of cleanliness and promotes a positive behavioral change in the way Malawians manage waste.

“As Malawians, we know that cleaning our environment is very healthy. If the environment is dirty, the beauty of our surroundings becomes compromised.”

“I am asking our chiefs, teachers, leaders and all stakeholders in this exercise to step up collective efforts,” said Daudi recently after taking part in a cleaning up exercise at Phwetekere Market in Area 36 in Lilongwe. 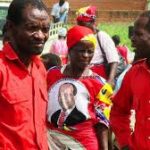 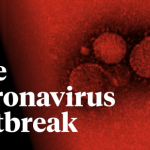 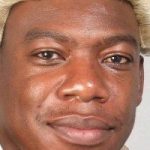