Malawi Electoral Commission (MEC) has advised chiefs in Mangochi to use their influence in nurturing peace ahead of the by-elections, the electoral body is holding in two constituencies in the district and three constituencies in other districts.

MEC has planned to hold the by-elections on 10th November this year in the country in five constituencies and one ward, namely: Mangochi West, Mangochi North East, Phalombe North, Lilongwe North West, Karonga Central and Makhuwira Ward in Chikwawa East.

In an interview on Wednesday at Chimbende Teacher Development Centre (TDC), Traditional Authority (T/A) Chowe in the district after meeting the chiefs, MEC commissioner Steve Duwa stressed the need for the chiefs to assume roles that foster peace.

“Mangochi is now a peaceful district. This peace did not come easily. It took efforts of various stakeholders including you the chiefs. Therefore, don’t let the “hard-earned peace” being taken away from you,” he advised.

Duwa, who is also chairperson of media and civic committee, said as preparations for the elections begin on 10 September, there is a need for the chiefs to be vigilant in their areas to see to it that no-one is behaving contrary to the dictates of the elections.

“We are committed to delivering successful and credible elections just like we did recently in the fresh presidential election. Therefore, may I urge you to help us achieve our aspirations by saying no to violence in your areas,” he said

“We are ready and eager to give a platform to any candidate or political party that seeks a venue in our areas,” he promised. 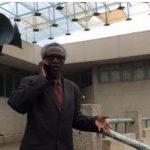 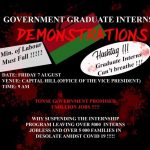