Dowa, July 25, Mana:  Government has urged management and staff at Mount Meru Millers locked in a sit in to resolve their grievance amicably.

Minister of Labour, Ken Kandodo made the request Friday after visiting the Company’s premises in Lumbadzi in Dowa after support staff staged a sit in on Thursday.

He said the pro-longed sitting of the company staff would have a negative impact to the country’s economy as consumers would have now where to purchase the products.

“When you are operating in full scale, government is able to collect taxes which in term will be used to provide essential services to the country. We believe when two side are not agreeing on issues, there is need to provide a solution to end them,” Kandodo advised.

The Minister said the company’s management needs to look into the grievances which have been presented to them and find amicable solution.

He said officials from his Ministry would help to ensure that the staff of between management and staff is resolved once for all.

Kandodo said issues of employing foreign workers are allowed in the country but proper procedures need to be followed.

“We are encouraging direct foreign investment but this should not be abused by employing more foreign workers without even Temporary Employment Permit (TEP).  We will only allow the employment of foreign workers where their expertise’s are needed not just any how,” he clarified.

Principal Secretary in the Ministry of Labour, Dr Esme Kainja said employee need to know steps for them to take in order to have a sit in.

She said her Ministry was not aware of the strike because it did not get any request from the striking staff.

“If we have to take necessary rules and relations governing the staging of strike, we could have declared this sit in as illegal. We have noted that you don’t have a legally constituted Workers Union which can be used to resolve such occurrences,” Kainja pointed out.

Mount Meru Miller Chief Executive Officer (CEO), Michael Wayumbi said management was not aware that staff at the company had presented grievance to the management before the sit in was staged in.

He said the sit in has affected their operations since no one was working at the company.

“We believe through a dialogue will be able to address the concern that have been presented to us. Time we have lost during the sit in has affected our production,” Wayumbi stated.

The Company has 54 permanent staff with nine foreign workers and the normal working capacity reaches up to 220 per day.

Some of the top underlining issues presented was demanding to removal of Company’s Financial Director and Human Resources Officer among other things.

The Striking staff claimed that there is no Worker Union and management kept threatening them not to establish one. 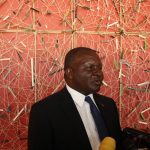 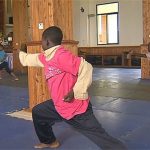 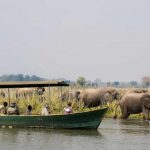