The 2020 tobacco marketing season has opened with a new auctioning system of buying tobacco in the wake of the COVID-19 pandemic so as to accommodate social distancing and simultaneously encourage competitive buying.

The new system involves a single buyer at a time going through the tobacco bale lines and secretly offering a buying price for preferred bales and a ticket marker records the offer on a ticket sheet. Once through, another buyer takes turn with a different ticket marker.

This means unlike in the past, competing buyers will not be able to know the offering prices of other buyers. At the end, ticket sheets will be tallied and will be computer generated to establish the highest bid and successful buyer of a particular bale.

On the day, the overall highest price fetched around USSD1.20 while the No Grade tobacco, which is the lowest grade was bought at around a minimum of USSD 0.90. The contract market fetched prices of up to USSD2.30

Minister of agriculture and food security, Francis Kasaila, said the opening day at Lilongwe Auction Floors was a success but he lamented the issue of poor tobacco grading by some farmers.

“There is a lot that our farmers need to do, they need to spend a lot of time on grading because that has a huge impact on the pricing.

Framers should not lose a good price just because of poor grading and mixing up tobacco because the buyers look at the grade and determine how much to offer.

“We should all encourage farmers to spend more energy on grading tobacco, and I hope our extension workers and other stakeholder will be there to help farmers in proper grading,” he told journalists.

With the new auction system, farmers will also not be available on the floors while their tobacco is being sold.

Similarly, they will not be able to immediately know how much their tobacco has been bought at until all ticket sheets have been tallied and the winning bidder identified.

However, the minister said this should not be cause of alarm because government has made sure farmers are represented using their associations and the Tobacco Control Commission (TCC).

“We would like to encourage farmers not to come and roam around the premises, let them be home and only send their tobacco.

“They can check whether their tobacco has been sold or not using the platforms available to them or through their association leaders.

Let them be assured that as government we will do everything possible to help them get something for the energy they invested,” he said.

In his remarks, TCC Chief Executive Officer Kayisi Sadala said all due procedures will be followed in order to protect the farmers.

He said the opening part faced some challenges due to availability of unconditioned tobacco on the floors. As such, he said there is need to intensify awareness campaigns amongst growers to ensure they take good care of their tobacco so that it fetches good prizes.

During the day, around 3000 bales of tobacco were laid on the market against a normal figure of around 10000. However, Sadala said they expect to add more tobacco onto the floors on market days.

“This will be a gradual process, but come tomorrow; we will be adding more tobacco onto the floors to make sure we move as many volumes as possible while we still have this window of doing business. But we will continue assessing the situation,” he said.

However, he downplayed fears that the buying season might be prolonged.

“There is also a provision that for those buyers who would want to buy on Saturdays, they should be able to do so, and for that we will be making up for time lost,” he said.

Felix Thole, CEO for TAMA Farmers Trust said with regard to the prices, the first day of the market left a good impression especially on the contract market.

“But being the first day to test the new system on the auction market, it took quite a bit of time, but I am sure it is going to be perfected. But overall the market was alright because prices offered today were not very far from what was there last season,” said Thole.

The Mzuzu market is expected to open on May 4 while Limbe auction floors will open on April 27.

Estimates indicate there is a demand of 161 million kilograms of tobacco against the current available estimates of 155 million. 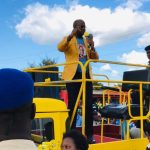 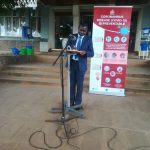 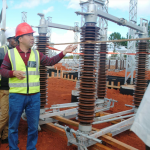