As we are all aware, this country is going through very difficult times with the coronavirus.

The disease has affected the whole world. It is creating a lot of fear, suffering and loss of life. Here in Malawi, we are now registering new cases almost every day.

But more sadly, I have learnt that we have lost one of our own to the disease. I offer my heartfelt condolences to the bereaved family for this loss.

I wish to thank all Malawians who are complying with the measures put in place to prevent the spread of coronavirus.

I also thank all those that are working with us in fighting this pandemic.

Specifically, I want to thank our health care workers for their sacrifice to heal our nation from this disease. I know this is a challenge for us all. But God has given us the duty to save the life of his people.

On this note, I am deeply shocked that while we are struggling to save lives, there are some Malawians and their political leaders who are destroying lives.

They are creating rumours of bloodsucking to create panic and distress among people who are already going through painful times.

They are creating these rumours purely for political gain. First, they spread the rumours. Then, they label some people  as suspects; and they mobilize people to kill these innocent people. This is evil.

I want you to recall that there has been violence and killings related to blood sucking rumours.

In Ntchisi, people have burnt a Police Office because the police were keeping in custody a person whom the community claimed was a blood sucker.

The creators of this scheme have even organized vehicles moving around at night in the areas of Central Region. They have been intimidating people. As we speak, some people are now too afraid to sleep in their houses.

Some innocent Malawians have been brutally killed in a mob justice because of being suspected to be bloodsuckers. Yet, these rumours are baseless and only deliberately created.

We had similar rumours last year in the Southern Region as we were moving towards the May election.

It was also the same time when some people were deliberately killing men, women and children with albinism with the intention of

creating a negative opinion against me and the government. They went as far as fabricating a story that some members of my government were selling bones of people with albinism. This was of course a lie.

The rumours of blood suckers have started again exactly at the time when the Malawi Electoral Commission is beginning registration for another election.

We know it is a political strategy for some people to create fear and panic to suppress people from registering. Once again this is happening when we have a collective war against the corona virus.

There has also been violence targeting members of the Democratic Progressive Party in the Central Region.  The aim of this campaign of violence is to intimidate DPP members from organizing their people to register for the election.

Many innocent supporters of the DPP have had their houses torched and their property destroyed. These people are being turned into refugees in their own country.

Sadly, my heart is broken to note that Dr. Reverend Lazarus Chakwera is encouraging these acts of violence. Reverend Chakwera has ordered some of his followers to catch and kill innocent people who are rumoured to be collecting National IDs.

As a supposed man of God himself, I want to appeal to Reverend Chakwera’s conscious that we are dealing with God’s people. These people are already distressed with corona virus.

We are also dealing with people who have suffered in the violence and destruction of the past few months. Let us love Malawians. Every life is precious.

As government, we will not allow mob justice, politics of violence and lawlessness to be our way of doing politics.

I thank the Malawi Police Service for fighting these crimes of mob justice and political violence. So far, Police have arrested 158 suspected criminals.

Further, I am directing the Acting Inspector General of Police to arrest every single person who is involved in violence related to spreading false rumours of blood sucking and political violence. Criminals must face the law.

I also direct the Malawi Defence Force to work with the Malawi Police Service to intensify patrols to ensure that Malawi remains a country of order and peace.

In conclusion, I urge all peace loving Malawians to remain united against primitive politics of violence and intimidation. Especially at this time when we are faced with the national threat of corona virus. 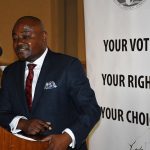 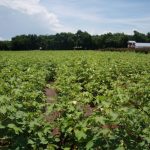 One Response to "APM Speech On Blood Suckers Rumours, Resurgence Of Political Violence"