The Football Association of Malawi (FAM) will next week conduct a two-day refresher coaching course for Super League teams Head Coaches ahead of the new season.

FAM Technical Development officer Benjamin Kumwenda said the course, which will start on Monday, aims at bringing together Elite League coaches so that they share ideas on new coaching models.

“When the season starts, coaches do not engage each other as everyone focuses on their own teams. So this course will help them to share notes on how they can improve the performance of their players in the 2020 season.

“Football is dynamic, it keeps on changing and the coaches should cope with the change. As such we will look at the progressive coaching model, which most coaches are used to; and the Global, Analytical and Global (GAG) model so that the coaches have varying approaches in drilling their players in order to develop our game.

“As an association, we would like all the elite league coaches to be on the same level and equipped with modern top level ideas as they also deal with players called for national teams”, said Kumwenda.

Senior National team coaches will also attend the course and use the platform to engage with local coaches on how best to utilize local players at national team. 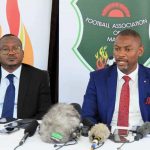 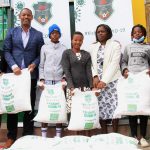