Thousands of Malawians paid their last respects to Mayi Alefa Julius Chimulirenji, mother to Hon Everton Chimulirenji, who was laid to rest on Friday in Likumbo Village, TA Njolomole in Ntcheu district.

In his eulogy, Minister of Justice and Constitutional Affairs Bright Msaka said President Professor Arthur Peter Mutharika is deeply saddened by the death of Mayi Chimulirenji, who died on February 9 in India where she had been sent for specialized treatment by the President.

“As a party and on behalf of His Excellency Professor Arthur Peter Mutharika we are touched by this untimely death. Be assured of the party’s support in this difficult time,” said Msaka.

Msaka said that the First Citizen donated the casket, two cows and K500, 000 towards the funeral, which was also attended by the First Lady Gertrude Mutharika.

Representatives of Ngwenyama Inkosi Ya Makosi Gomani V led the bereaved family in paying their last respects to Mayi Chimulirenji.

The church funeral service was conducted by Pastor Mafukeni Mgona of Gowa African Abraham Church of which Mayi Chimulirenji fellowshipped.

On his part Inkosi Gomani V said Mayi Chimulirenji was friendly and caring.

He then advised the bereaved family to emulate the life of the deceased for continued harmony on the family.

Also speaking during the funeral, DPP Secretary General Grezelder Jeffrey said the party is grieving with the bereaved family.

“The sad news came as a shock to us. We know this death has greatly affected the family. As a party we encourage you to be strong in this difficult time,” said Jeffrey.

MPs, ministers, members of various political parties, traditional leaders and people from all walks of life attended the funeral. 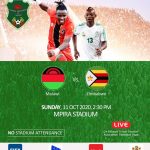 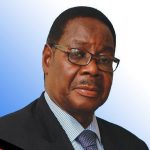 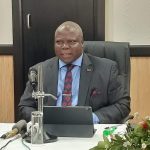 Ministry to Engage Stakeholders On Re-Opening Of Schools