LILONGWE, FEBRUARY 1, MANA: Minister of Gender, Children, Disability and Social welfare, Mary Thom Navicha, MP, has hailed government’s efforts in the fight against child abuse and violence in the country.

Speaking Thursday on the sidelines of the official opening of a two-day symposium aimed at reviewing progress on the implementation of INSPIRE Strategies, she reiterated her ministry’s stance in ensuring safety of the children.

INSPIRE is an evidence-based resource for anyone committed to preventing and responding to violence against children and adolescents.

The document presents seven strategies to help countries and communities intensify their focus on prevention programmes and services with potential to reduce violence against children.

Navicha said notable progress made in child protection area includes amendment of the Constitution on the Marriage Age and, passing child and gender-related laws such as Child Care Protection and Justice Act 2010.

Other indications of the country’s efforts to end the vices are development of National Child Policy and the conduct of awareness campaigns on ending child marriages and child labour.

“Last year, we launched a Child Policy and are working with stakeholders to ensure rights of children are protected.

“We also launched the reintegration programme whereby children in foster homes are being reunited with their families,” she said.

“Our aim is to remove most of these children from orphanages and return them to their families where they can get better care, which is not costly as compared with care centres.

“Currently, Home of Hope (care centre) has registered a record 80 per cent of children who are now reunited with their families,” she explained.

The symposium, which was organised by the Gender Ministry with support from African Partnership in Ending Violence against Children and the Africa Child Policy Forum, drew stakeholders from South Africa, Tanzania, Ghana, Namibia, Botswana, Zambia, Zimbabwe and eSwatini.

Delegates were expected to identify and share valuable knowledge and skills for improving implementation of INSPIRE strategies to achieve global and continental agendas on ending violence against children.

The knowledge and skills shared at the symposium would also create the Africa Fit for Children in accordance with SDGs which call for end of abuse, exploitation, trafficking and all forms of violence and torture against children. 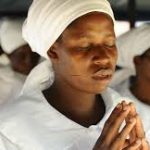 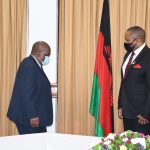 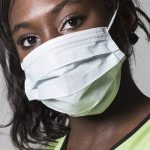 One Response to "Government Making Strides In Child Protection"