ACB’s Senior Public Relations Officer Egrita Ndala said this in Liwonde during a day-long Media training workshop which was attended by 20 journalists from Machinga, Balaka and Zomba Districts.

“Sometimes, as you are reporting, the media may be informing both the public and the culprits and in the process this may jeopardise investigations,” she said.

Ndala said the Bureau organized the Media training workshop in order to orient journalists on its mandate and functions.

“We may have information but we use the media platform to disseminate our messages to different audience,” Public Relations Officer said.

She said for the Media to effective communicate corrupt issues they need to be trained on what the bureau is all about and how it operates.

Ndala said apart from reporting on cases that have happened there was need to inform the public on some legal frameworks that are derailing the fight against corruption in the country.

“As a Bureau, we have made proposals to amend some areas in the Corrupt Practices Act and it is our hope that the issues raised will be deliberated and passed in parliament,” she said.

Ndala said although there was a thin line between fraud and corruption, people need to know that the bureau deals with corruption whilst fraud cases are handled by Police.

Ndala pointed out that if fraud cases have been reported to the Bureau direct from the public then the law enforcing agency refers them to relevant authority for proper action.

One of the participants from Nation Publication Limited, Hollace Kholowa, described the training as an eye opener because they learnt new developments taking place in the bureau.

“I have liked most the investigation part because I now know the process involved in the investigations and how best I can report on those processes,” he said. Kholowa said journalists need not to pressurise ABC to give quick result 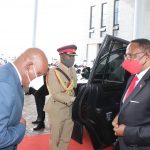 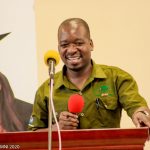 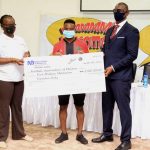