Issues of poor sanitation and sewerage inefficiencies in Lilongwe City are expected to be a thing of the past as the poor and vulnerable households stand to benefit from improved and increased access to safely managed sanitation services once the Lilongwe Water and Sanitation Project (LWSP) is completed, an official has said.

Lilongwe Water Board (LWB) and Lilongwe City Council (LCC) are jointly implementing a 5-year World Bank/IDA-funded project whose main objective is to increase access to improved water services and safely managed sanitation in Lilongwe City. LWSP which commenced in 2018 is expected to be completed by 30th June 2023.

Speaking to journalists on Monday during a media tour to the project sites across the city, LWB spokesperson, Maurice Nkawihe said the project has an allocation of US$25,000,000 (about K20 billion) for the sanitation component which will focus on sanitation improvements within the city.

“Under this component, we are rehabilitating and expanding the sewerage network by upgrading existing sewer connections and installation of new connections. Poor and vulnerable households will be specifically targeted for support to improve their sanitation facilities. About 250,000 people stand to benefit from these sanitation interventions,” said Nkawihe.

Among others, the project is expected to have 5,000 new households connected to sewer lines; rehabilitate and upgrade the existing Kauma wastewater treatment plant, and support the construction of 8,000 improved sanitation facilities for households from low-income areas. The sanitation improvements will also cover 10 markets and 10 schools.

Meanwhile, sewerage network expansion works are underway in Area 1 (Falls), Area 49 Sectors 1 and 2 (Old and New Gulliver) and Area 47 Sector 4. Once completed, the households in these Areas will be connected to the sewer lines.

“The current stage (Phase 1) will connect new 3,096 households to the sewer system. The project is already in the process of identifying contractors for the construction of 1,000 household toilets,” Nkawihe added.

He said apart from rehabilitating and expanding the sewerage network, the project will also conduct sanitation marketing campaigns to encourage connection to sewer system and construction and use of improved toilets. 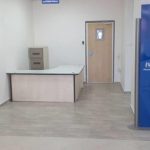 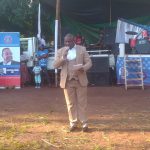 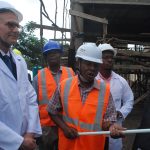