Machinga, August 09, Mana: Director of operations for Trogon Trading Private Limited, Mohan Suresh Kumar a company that is in leather production has bemoaned the tendency of eating animal skins (Mang’ina) among Malawians which he said is slowing down the leather production industry.

Kumar made the statement in an interview with Mana on Friday saying the development has led to vendors not to collect enough animal skins for the business.

“Almost 40 to 50 percent of the vendors have already stopped doing this business due to lack of animal skins fueled by the love of eating animal skins. It is sad that these animal skins eaters don’t care about skin quality and unhygienic processes,” the Director expressed the worry.

Kumar further said at some point the company increased the purchase price of animal skin just to coax people to sell more animal skins so that people can stop consumption of the highly needed product.

However, according to the director the plan did not work as it was still very difficult to compete on the world market.

He said government is losing a lot of revenue because most animal skins that could be processed for export are heavily consumed by people.

Speaking in an interview, one of the goat skin sellers, Joseph Wize whom Mana met at Trogon Trading in Liwonde confirmed that the love of eating animal skins has made their business difficult.

He argues that government should ban eating of animal skins if the leather industry is to survive.

“We find money to run our families through the same business. It is difficult to raise money nowadays since animal skins are scarce. I travel to Machinjiri in Blantyre where I order animal skins and sell them here in Liwonde,” he said.

Wize has asked government to promote the leather industry and open more companies that will buy animal skins for leather production.

However, Wize bemoaned that the fact that Trogon is the only ternary in Malawi, they are forced to sell animal skins at low prices hence the call for government to initiate establishment of more ternaries in the country a thing he believes will help stop the tendency of eating animal skins.

Trogon Trading limited took over the Liwonde ternary from a Chinese firm in February, 2019 and from the date of establishment till date the company has brought in forex of approx USD220,000 despite the COVID 19 pandemic. 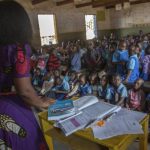 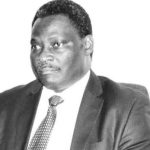 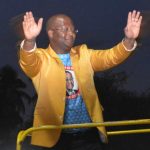