Lilongwe, October 17, Mana: Parliamentary Committee on Natural Resources and Climate change has recommended that the National Oil Company of Malawi (NOCMA) should be getting the lions share in fuel importation as it is a Malawian company.

Chairperson for Parliamentary Committee on Natural Resources and Climate Change Welani Chilenga made the remarks Friday in Lilongwe when the committee toured the Lilongwe Strategic Fuel Reserves in readiness for NOCMA plans to start bringing fuel by rail from Nacala port.

He said NOCMA was doing a tremendous job of making sure that the fuel storage reserves were sustainable in the country and it has stood the taste of time.

Chilenga said, “When we had Covid-19 Petroleum Importers Limited (PIL) had scaled down the importation of fuel, suppose there was no NOCMA what would have happened to this country? it could have been disastrous,”

The Chairperson added that having toured NOCMA facilities in Lilongwe, the committee was convinced  that NOCMA was  doing a commendable job of making sure that fuel storage is sustainable in the country.

He said the problem was that NOCMA has been given the same amount of fuel to import with Petroleum Importers Limited (PIL) which the committee sees as not right but a big share should be given to NOCMA.

most of the country’s fuel comes from Dare-salaam instead of it being loaded from Mbeya which advantages foreign importers.

He said previously there was arrangement that fuel should be transported from one wagon to another through rail up to Mbeya whereby trucks would be loading from Mbeya but for reasons unknown,PILdoes not want to load from Mbeya but prefers Dares Salaam which is the situation now for all importers which disadvantages Malawian transporters.

Chilenga said the committee would lobby that all transporters should be loading fuel from Mbeya as all facilities are there and this would benefit Malawian transporters because Tanzanian truck drivers wouldn’t want to move with empty tanks from Dare- Salaam up to Mbeya to load and then bring the fuel to Malawi.

NOCMA Deputy Chief Executive Officer, Hellen Buluma commended the parliamentary committee for touring its facility saying parliament has an oversight role of NOCMA and its operations as it wholly owned government.

She said NOCMA makes K2.00 per litre on of importation margins when they sell on wholesale which undermines the company’s operations especially that NOCMA unlike PIL handle the product which comes into their tanks which is like bonded warehouses and therefore the handling costs and charges for them are quiet heavy.

Buluma added that NOCMA make K7.00 loss per litre in handling despite meeting up on those cost elsewhere but they want parliament and Malawi Energy Regulatory Authority (MERA) to revise the importers margin. 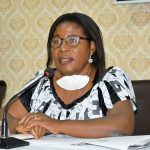 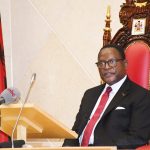 Chakwera to Answer Questions from Members of Parliament 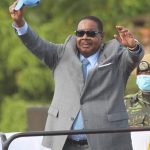