The Minister of Energy, Newton Kambala has reiterated government’s commitment to providing continued supply of electricity as the country continues to explore more sources of energy apart from hydro generated power.

The Minister said this at Electricity Supply Corporation of Malawi (ESCOM) Phombeya Substation in Balaka after touring the substation during a familiarization visit he conducted.

“There are a lot of areas that need improvement so that as a country we generate enough electricity at all times. We are currently working hard to identify new sources of energy such as solar and wind generated electricity.

“There were talks of coal as a source of energy especially at Kamwamba. However the project stalled due to financial constraints as most countries are reluctant to fund coal generated power as it is considered as a big pollutant,” said Kambala.

He however, said there was need for the country to be careful with some concepts of power generation as they may not be viable here in Malawi.

“As a country we have to be careful with suggestions from investors on sources of energy we have to protect the interest of the country,” he said.

On the Phombeya Substation the minister said it was pleasing to note that the substation was up and running with more land for expansions.

However, he bemoaned the negative impact of COVID19 on a number of projects here in the country as most of the materials used in the projects were imported from China.

Phombeya Substation was commissioned in 2018 and currently it transmits 300 kilovolts power to Nkhoma Substation in Lilongwe. 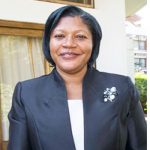 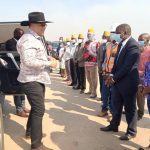 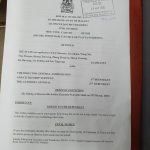