Chikwawa, May 01, Mana: Minister of Irrigation and Water Development, Charles Mchacha has assured beneficiaries who are yet to be compensated in line with the irrigation canal in Chikwawa that the project will sort them out in three weeks time.

Mchacha made the remarks on Wednesday against the background of worries expressed by some beneficiaries over delays to have their compensation after touring the project site to appreciate progress of the construction works.

He acknowledged challenges each project encounters but said a huge sum of money was already paid as compensation to other beneficiaries and that the remaining group was yet to receive their money.

“You know that we always have challenges in whatever projects we have but I can assure you that as a ministry together with the project and the contractor, we have resolved the challenges.

“In two or three weeks coming, we will be finishing disbursing the money to those affected. We don’t have many problems in that regard now,” he said.

However, Mchacha said from the time the project was launched in March by President Professor Arthur Peter Mutharika, he was impressed with the progress, saying: “I believe with the months agreed to complete the first phase, we will manage it.”

“It is the wish of our president to see this project completed as soon as possible to enable people here benefit from the initiative,” Mchacha said.

Conduril Contractor Project Manager, Aires Enosse said the works are progressing well, noting that as it stands now almost 95 percent of the work mainly clearing pathway for the batch of six kilometres from the intake is almost done.

Enosse said they have now started excavating some drainage structures, adding: “We are soon expecting to start working on the main canal.”

“The big challenge is the Covid-19 because there were some equipment to bring from neighbouring countries such as Mozambique, Zambia and Zimbabwe but since the borders in some of those countries have been closed; we are not able to bring all the equipment into ghe country,” he said.

He added that they only have 10 percent of the required machinery, hoping that the pandemic would not exist for a longer time to enable the company deliver the project on time.

Shire Valley Transformation Program (SVTP) Coordinator, Sandram Maweru expressed satisfaction at the way the contractor was progressing with the works. He disclosed that the project has since paid compensation to 1,121 out of the 1,239 beneficiaries.

“But now it is done and we are just waiting for the confirmation from our colleagues from the Ministry of Lands, Housing and Urban Development so that we can pay,” said Maweru.

Maweru said money amounting to over K1.1 billion was already paid in the first phase of the compensation exercise. 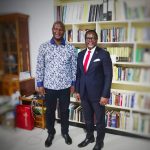 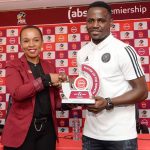