Whatever faults the Democratic Progressive Party (DPP)’s Government may have, a disdain for the rule of law is not one of them. That Government’s track record speaks for itself. They have always respected court judgments, including those that have been not been their favour.

Making this observation is not intended to provide some kind of virtue signaling on the Government’s behalf. Ordinarily, having respect for the rule of law is an unremarkable standard against which to measure a democratic Government but in the African context, where authoritarian regimes abound, it does warrant mention.

In a democracy like ours, none of the three branches of Government should be immune to criticism when they are wrong. In Malawi, the media, NGOs, churches, and other institutions are accustomed to and enjoy the freedom of criticizing the Executive and Legislative Branches of Government.

Yet, as recent political developments have shown, it appears as though the Judiciary is sacred cows and is above reproach.

This article seeks to contribute towards the necessary, though belated, exercise of truth telling by unpacking the contradictions, which led some commentators to conclude that our ConCourt Judges acted in a co-conspiratorial manner akin to attempting a judicial coup.

Whilst that might be construed as a severe appraisal, it is compellingly supported by at least five stubborn facts.

Though the question was not brought before them, the panel of five high court judges who sat to constitute a Constitutional Court took it upon themselves to debate and rule upon the meaning of ‘majority’ as it relates to electoral victory. They insisted that ‘majority’ means a candidate must win 50%+1 of the votes.

Then in 2000, the High Court and Supreme Court rulings in the Gwanda Chakuamba challenge also stated that Section 80(2) means “first past the post.”

In a blatant disregard for gospel truths of justice delivery and in confounding defiance of the golden rules of Judicial practice, the five ConCourt Judges overturned the Supreme Court ruling of the year 2000 regarding the meaning of majority in Section 80(2). They also disregarded the intention of the framers of the Constitution as revealed at the Conference of February 1995.

The petitioners had not raised Section 80(2) because it had been settled long before. These five Judges further nullified President Mutharika’s victory because of their insistence that he should have met the 50+1 standard, a standard that no other President has ever had to meet because it is a standard that the Constitution itself does not stipulate.

If this was not an unjust, and perhaps even arrogant, abuse of judicial power then what is? Should fresh elections be held, there is no basis upon which the winner would have to meet the 50+1 Election standard, unless Section 80(2) is amended – which Parliament has so far rejected.

In the same vein of judicial arrogance, these five Judges opined that Malawi Electoral Commission (MEC) should not have delegated their judicial function of resolving electoral disputes.

There are 5002 Polling Centres throughout the country from where most, if not all, electoral disputes are generated and must be resolved.

In standard practice, this has mostly been done by Presiding Officers, who represent MEC at these Polling sites. It is unreasonable, not to mention absurd, to rule that nine Commissioners must personally resolve disputes whenever they occur at these 5002 Polling Centres.

The petitioners who brought the claim that Constituency Tally Centres (CTC) were used to rig the election, left out the crucial fact that they themselves, along with civil society, had lobbied for such centres in 2017.

Therefore, the CTC was created by all stakeholders who included MEC, Political Parties, Security agents, Observers, NGOs, etc. These CTCs were an administrative innovation intended to complement the District Tally Centres (DTCs), which had never been replaced.

They were designed to minimize or eliminate transitional rigging and/or fraud. The CTCs also brought transmission of the vote results closer to the voters themselves. Therefore, there was no justification to penalize MEC or punish and deny President Mutharika his electoral victory because of the existence of such CTCs.

Although the country had seen months of turmoil because of protests instigated by the opposition and led by the HRDC who all falsely claimed that the elections were rigged, there was no evidence to support this.

In their own words, the five Judges could not confirm that there was any rigging or collusion between MEC and President Mutharika, who was widely excoriated without cause. Allegations that were brought before the court had indicated that Tippex had been used to distort the vote count.

Tippex was indeed widely used as a correction fluid in good faith to correct human errors. It did not in any way affect the reported valid votes of any of the candidates. It was an irregularity, which affected no one’s valid vote count.

No election in the world can be 100% free of human error and irregularities. Elections are never nullified anywhere when inconsequential irregularities have not affected the valid vote count in any way.

The finding of the ConCourt judges also presented glaring contradictions. Since the MEC conducted Tripartite Elections concurrently, i.e., Presidential, Parliamentary and Councilors, Elections, the same Tippex fluid was used widely in all the three Elections.

It is curious that the five Judges found MEC to be incompetent and ordered Parliament to confirm their findings and dismiss the Commissioners; then went on to nullify only the Presidential Election BUT accepted the Parliamentary and Councilors Elections.

This notion of selective incompetence only proves to any fair-minded person the contradictions and miscarriage of justice, and arguably abuse of judicial power, that transpired.

The ramifications of the ConCourt Judges’ stupefying ruling do not end there. Section 67(1) of the Constitution requires MPs to be elected every five years. In Section 80(1), the MPs must be elected concurrently with the President.

Meanwhile, the five Judges ordered the Election of the President to take place following a 13 and a half months’ interval; so, the fresh Presidential Election will not to be done concurrently with the election of MPs as Section 80(1) requires.

Instead, the five Judges then ordered that the election of MPs be held after a 6-year interval. To muddle issues further, they brazenly went on to order Parliament to make amendments to the Constitution and other Electoral Laws in order to legalize and sanitize the constitutional and legal confusions they had created.

Unfortunately for them, Parliament failed to make the Constitutional Amendments, which would have retrospectively legalized their misjudgments. The plain fact is it does not happen that way anywhere in the world.

Judges do not make orders based on laws that need to be amended to make the judgment legal. In the end, Parliament ended up making Amendments to the Electoral Laws that conflicted with the Constitutional provisions.

In conclusion, the record must reflect that at no point in their 500-page Judgement did the Judges point at any faults or wrongdoing by President Mutharika. Yet they stripped him of his victory and worse still, condemned him to pay court costs while they awarded the Petitioners these court costs.

By no stretch of the imagination can the conduct of these Judges be consistent with discharging justice or with the operation of the Law.

It is not the normal judicial process; at least not as we know it. In the current climate, the truth is an inconvenience and so it is understandable why it has been the first casualty in our political conflicts.

If justice is to be done, then our hopes will have to rest with the Supreme Court, which already is seized with examining the case, and may restore judicial integrity by addressing the gross miscarriage of justice we witnessed.

The legal basis for the re-run that the ConCourt ordered must be corrected first, otherwise there will be continued constitutional crises and chronic legal challenges to the Electoral process. 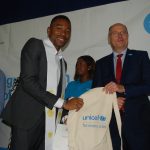 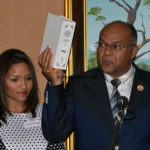