President Arthur Peter Mutharika has called on political leaders and Malawians in general to desist from causing unrest and instigating tension saying it is detrimental in attracting potential investors.

Mutharika made the call Sunday in Lilongwe on arrival from London, United Kingdom (UK) where he attended the UK–Africa Investment Forum.

The summit brought together business community, heads of state and government and international institutions to showcase and promote investment opportunities across Africa and strengthen UK’s partnership with the continent.

“The international community has expressed confidence in our macro-economic situation here. They say it is an economy where they can invest in power, agriculture, infrastructure, health and education,” Mutharika said.

He added that the international community is impressed that the country’s economy has grown faster than any other country in southern Africa.

“I assured the investors that Malawi is a peaceful nation and that the tense situation in the country is temporary and it will change.

“I am pleading with my fellow Malawians to withdraw from the path we have taken, of destruction; sit down and reconcile to move forward and rebuild this country,” Mutharika said.

The country has been rocked in post electoral demonstrations in protest of the May, 2019 presidential election results in which Malawi Electoral Commission (MEC) declared Mutharika winner of the polls.

But some opposition leaders went to court to challenge the results arguing that the polls were marred by irregularities; therefore, should be declared null and void.

Despite the matter being in court, some people led by Human Rights Defenders Coalition (HRDC) have been staging demonstrations that in some instances turned violent.

Violent demonstrators have been destroying and looting both public and private property worth millions of kwacha. 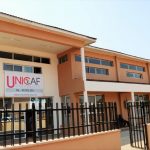 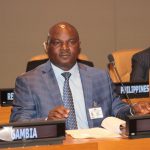 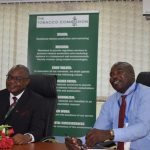