Government through the Ministry Civic Education, Culture and National Unity says it will soon reintroduce investigations into the shooting of 10 people on July 20, 2011 in Mzuzu.

Speaking Monday at Zolozolo Cemetery during the commemoration ceremony of the deceased in Mzuzu, Minister of Civic Education, Culture and National Unity, Timothy Mtambo said the people lost their lives as heroes.

“These people were shot by police officers under instruction from above authority during demonstration against undemocratic and oppressive tendencies of the Democratic Progressive Party regime under Bingu Wa Mutharika,” said Mtambo.

He said the deceased died for a good course and that there is need for government to do everything possible to ensure that investigations on the scenario which led to the shooting down of the people are logically concluded.

“The previous government used to institute commissions of inquiry into its own orchestrated human atrocities just to cheat on Malawians that it was committed in promoting human rights and good governance, yet it was the opposite.

“This was one of the means of silencing Malawians in following up such atrocities, hence none of such commissions’ reports has been availed o Malawians, remember the deaths of Robert Chasowa and Issa Njaunju among others,” he said.

Also speaking at the ceremony, Chairperson for Human Rights Defenders Coalition, Gift Trapence, said the coalition will engage other organisations to pursue the shooting of the 10 people and ensure that those responsible are brought to book.

“We therefore call upon individuals who can have information which can lead to tracing the people who were behind this atrocity,” said Trapence.

Trapence also took advantage of the gathering to assure Malawians that his organisation will continue engaging the current government so that it does not repeat mistakes which were being committed under the DPP government.

“We will not hesitate to go back to the streets if we note that our democracy is threatened through malpractices such as corruption, nepotism, regionalism and tribalism among others.

President Lazarus Chakwera through Mtambo presented K500, 000.00 to the deceased families whose relatives died under the shoot to kill order by the DPP regime. 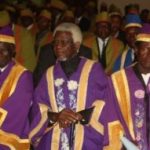 Chiefs Call For Peaceful Campaign Ahead of Fresh Polls 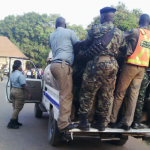 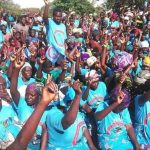 DPP Wins With 50+20 in Balaka’s By-Elections