Minister of Justice and Constitutional Affairs who is also Democratic Progressive Party’s vice president for eastern region, Bright Msaka S.C has urged the newly sworn-in commissioners for Malawi Human Rights Commission (MHRC) to be guided by the constitution in their endeavors.

Speaking at the swearing-in ceremony of the commissioners, Msaka stressed that with the coming in of democracy, there has been a great deal of change as such, authorities have to work by the book.

“I call upon the new commissioners to be answerable to Malawians which means they have to put the Constitution first,” he said.

Msaka also highlighted that there is wide spread of human rights violation in the country hence, the commissioners must make sure the perpetrators are brought to justice.

“As some people are exercising their rights, they go overboard and in the end violate others rights and it is the duty of the commission to investigate that to make sure human rights are fully enjoyed by every citizen,” Msaka said.

Furthermore, Msaka gave an assurance that the government shall work hand in hand with the commission in matters regarding human rights.

The swearing-in of the new commissioners means that the commission is now complete because for almost a year and a half, it has been operating without a full bench because of ‘technicalities’.

Commenting on the matter, Executive Secretary for MHRC, David Nungu, said he is delighted that the commission is now all hands on-deck which will contribute to ‘smooth’ running of affairs.

“There were problems that hindered the appointment of new commissioners; however, they have been resolved,” he said. 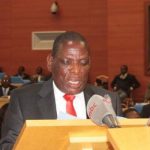 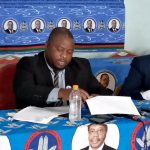 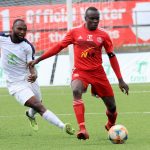