The Minister issued the warning on Saturday during Townhall Meeting for Mangochi Township Road Upgrading Program.

He said his ministry will not hesitate to fire any council official who will be caught sabotaging development projects.

“Let me take this opportunity to warn council officials who are planning to frustrate development projects for their own political ambitions that l will not hesitate to fire them,” warned Dr. Phiri

The Minister Dr. Ben then revealed plans to construct a 11 kilometer road around Mangochi town following a plea from a Member of Parliament for Mangochi Central Constituency Victoria Kingston.

On her remarks, Kingston commended President Professor Peter Mutharika’s administration for the road project which will commence soon.

The Townhall meeting was also attended by Minister of Transport and Public Works, Ralph Pachalo Jooma, Deputy Minister of Local Government Charles Mchacha, District Commissioner and Chiefs among others. 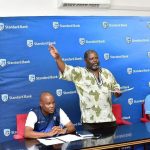 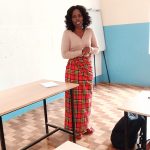 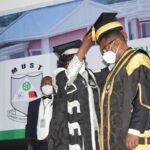 MUST Graduates Must Be Innovative, Creative- Chakwera