Malawi National Football Team players would regroup for full camp training during the first week of March; two weeks before their match against Burkina Faso.

The National Football Team Head Coach, Meke Mwase has said he was upbeat that his charges would maintain the fitness levels ahead of the 2021 African Cup of Nations (AFCON) qualifiers match against Burkina Faso next month.

He made the remarks at the end of the non-residential training on Friday which started three weeks ago in the three regions to fine tune for the back to back encounter with Burkina Faso on March 28, 2020 in Ouagadougou before hosting their opposite numbers at Kamuzu Stadium on March 31, 2020.

Mwase told Football Association of Malawi (FAM) communications department that after drilling the players in physical fitness, he was hopeful that after releasing them to join their respective clubs in pre-season training, they will maintain their fitness levels.

“We were working with the boys because they were just idle as their teams were on break and with our upcoming match, it is important to keep them busy. The three weeks have been successful, we did everything that we planned and thanked them for working very hard,” he said.

A total of 30 players were called into the non-residential camping and were trained at Mzuzu Stadium in the northern region under Coach Charles Kamanga while in the central, Flames Assistant Coach, Lovemore Fazili took charge of the training at Civo Stadium.

Mwase, together with the Flames fitness trainer, Bob Mpinganjira and goalkeepers’ trainer Swadick Sanudi, worked with the southern region group at Kamuzu Stadium. 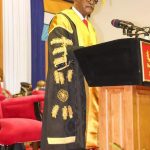 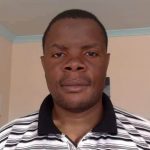 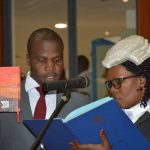