Lilongwe, October 8, Mana: Government has emphasized on the need for African countries to have more seats at the United Nations (UN) Security Council in order to create equal participation of member states.

Minister of Information, who is also government Spokesperson, Gospel Kazako, made the remarks in Lilongwe on Wednesday during a panel discussion to mark celebrations of the UN’s 75th anniversary.

The panel discussion was part of a process to solicit views on what kind of Malawi and what kind of the world we want to be in the next 25 years.

Kazako said time has come for Africa not to be just following at the UN but have space to participate at equal level hence the need for the UN to move towards giving all member states equal powers.

“The call for equality at the UN is always silent because super powers are silent on the matter. We need to move towards addressing that inequality,” he said.

The Minister expressed concern that it is very surprising that the UN will talk about inequality and equality but when it comes to the Security Council they are the biggest perpetrators of inequality.

He said time has come for African countries to be given a voice in the Security Council.

“Here is the African continent with lots of resources and they cannot be given a voice in the most important seating of the UN. We need to start voicing out from the low level so that decisions can start to be made,” said Kazako.

He said 75 years down the line, the UN can do better and practice what they preach by addressing segregation issues and start treating each member state as an equal to the other.

However, Kazako said there is an opportunity for Malawi to be heard in this call because government understands the importance of creating better interface with the bigger world as it believes in international relations and partnerships.

UN Resident Representative, Maria Jose Torres, said the discussion of Security Council inclusiveness needs to be taken seriously as it has been there for a long time.

“This is the discussion which has been there for the last 20 years to say how the Security Council can eliminate the rate of countries seating in the Security Council. Our Secretary General, Antonio Guterres, has made a promise to make sure that UN is reformed,” she said.

She further said that UN needs to be looking into how Africa is included in decision making saying it is very important for the system of the UN to do so.

Other panelists to the discussion included Munyaradzi Matinze and Sam Masikini who represented the youths. 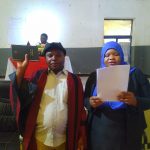 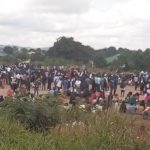 Govt to Set Up Job Centres 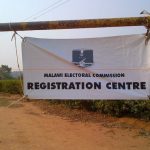