The Parliamentarian who is also Deputy Minister of Gender, Children, Disability and Social Welfare, donated chairs and tins of paint to the Station.

Kwelepeta said she was moved to make the donation because of the numerous challenges and situations in which officers at the station work during their normal and related duties.

“As the most well-known area, Domasi needs to be associated with good things in all aspects including working conditions of police officers,” Kwelepeta pointed out.

She disclosed that plans were in the pipeline to construct a new Police Station at Domasi and assured Police Officers that she would strive to have the new facility constructed during her term of office as member of Parliament.

She said transport remained one of the biggest challenges when it comes to provision of quality services to communities.

She called on other people of good would to emulate the example set by the MP to assist Domasi Police or any other public facility in their respective areas to ensure delivery of good quality services.

The Land Cruiser vehicle, Kwelepeta donated is expected to reach Domasi Police any time next week.

Other challenges at Domasi Police Station include shortage of staff houses where out of 48 officers, the station has only six houses. 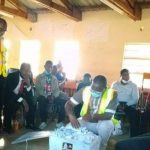 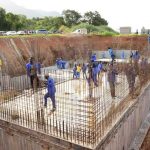 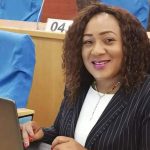