Lilongwe, October 19, Mana: The United Nations Human Rights Council (the Council) is expected to review the 20215-2020 report on human rights during the first week of November this year.

This comes as a result of Malawi being elected into the Council. Malawi secured 180 out of the 190 votes in order to be elected to the council.

“This is a mark of recognition by the member states of the United Nations and the world as whole that Malawi is on the right track in observance of human rights issues,” Mvalo said.

“The assessment of human rights in other countries will help Malawi to improve some areas in human rights as it will be given a chance to sponsor some of the resolutions which will give more space in the operation.

Commenting on the new development, Chief State Advocate responsible for Human Rights Section, Pacharo Kaira said the gap which comes in terms of lack of knowledge on human rights will be decreased as the Council is there to review human rights violations.

“Malawi is expected to be a policy holder of human rights, and this can be done if we fully participate as the activeness of our country will elevate Malawi to influence human rights outcomes in the United Nations (UN) system and could be a stepping stone for achieving other political ambitions,” he said.

The Ministry’s Director of Finance and Administration,  William Kantayeni, was optimistic that the review is crucial as malawi has improved a lot in human rights record through consultations of other bodies which fight for human rights.

“The upgrading of Malawi in human rights record is what has prompted the Council to include Malawi, for instance, there was congestion in our prisons, in the past Malawi cells were 260% above capacity.  Government released some of the prisoners to create more space as one of the preventive measure in the spread of Covid-19.

“From the records we can see that a lot of recommendations have been acted upon thereby giving no room of doubts in the process of reviewing the 2015-2020 human rights report,” Kantayeni said.

The Human Rights Council is a subsidiary organ of the United Nations General Assembly (UNGA) of which some of its principle work is to appoint independent experts who review human rights violations in specific countries. 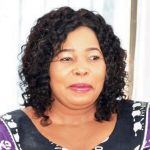 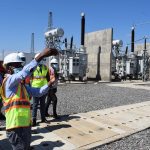 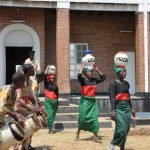