UTM Leader, Saulos Chilima reportedly cancelled his campaign whistle stops in Machinga on Friday after unknown people blocked the road he was traveling.

The incident led to the shooting by Chilima’s body guards. Some people are reported to have been injured in the process.

Chilumpha told the crowd the three people shot in Machinga were in critical condition and battling for their lives in hospital.

Despite calls by different leaders, including political leaders, political violence in the country continues to rage as both, the ruling and opposition sides have their share of victimization and aggression.

“The President chose to use a bypass road in Lilongwe when people blocked his motorcade despite having the power to order his security men to use force and clear the way.

“And his running mate Atupele Muluzi recently in Mponela left the place without such incident despite people blocking his motorcade,” he said.

UDF Member of Parliament for Nkhotakota South East, Yahard Ibrahim Sadala said President Peter Mutharika was a humble and patient leader who needed to continue ruling the country for continued peace and development.

He said the president had managed to develop the country within a few years despite finding empty coffers in government.

Speaking at the same rally, Traditional Authority Malengachanzi bemoaned lack of respect, love and justice in the country, saying it was causing problems.

He said jealous, envy and the pull him/her attitude by many Malawians was retarding development in the country.

ADD, UDF and DPP regional governors for the Centre, Kennedy Njakama, Alhaki Moyenda and David Kambalame respectively were some of the people who spoke at the rally and called on people to vote for DPP, UDF, ADD alliance torch bearer, Peter Mutharika during the presidential fresh election. 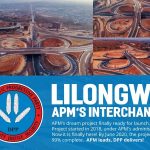 Name Area 18 Interchange After Peter Mutharika: Let’s Give Credit Where It Is Due-Social Commentator 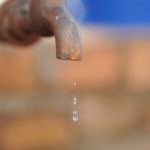 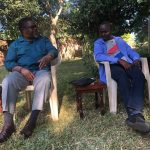