A mission composed of agriculture experts and lead farmers from Botswana was in Malawi this week, to appreciate strides made in the fight against fall army worms in various parts of the country.

Among the visited places were villages under Tamani Extension Planning Area in Traditional Authority Jenala in Phalombe District and Bvumbwe Research Station in Thyolo.

Reports are rife that the pest is also causing worry in Botswana.

“We have appreciated Malawi’s traditional wisdom on controlling fall army worms, and we have also suggested our ways to them so that they can adopt them depending on the availability of natural resources that are required to prepare such therapeutic mixtures,” said Irie.

At Panthuzi Farmer Field School in Phalombe, which was one of the visitors’ stop over points, a group of 35 farmers are use sisal juice, neem, m’phanjovu root and fine sand as traditional remedies to control fall army worms.

Chairperson for Panthuzi Farmer Field School, Ruth Kanongwa said with assistance from FAO through the agriculture department in the district, they contained fall army worms the past farming season and are sure they will never be affected by the catastrophe again.

“In 2017 and 2018, most households in Traditional Authority Jenala were stricken by fall army worms which induced hunger.

“That was before FAO and agriculture brought us together and taught us to conduct research on traditional solutions to the problem. Last year and this year, we have not suffered any consequences of the fall army worms,” Kanongwa said.

In his comments, Assistant District Agriculture Development Officer, Stanley Mataka said despite being labour intensive, traditional remedies are effective and have the potential of relieving Malawian farmers from the glitch of the deadly pest.

Meanwhile, FAO is assisting farmers from Tamani and Mpinda EPAs of Phalombe District on how to deal with fall army worms.

However, the District Agriculture Development Office has plans to scale up such trainings to the rest of the farmers in the district 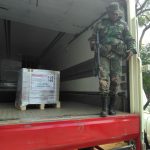 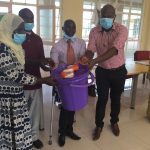 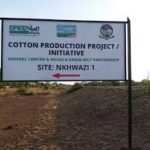