Blantyre, Mana:  Scores of people paid their last respect to the late Cheulekene Kate Mita, a veteran journalist whose remains were laid to rest on Saturday at Henry Henderson Institute (HHI) cemetery in Blantyre.

Mita succumbed to the novel Corona virus, two weeks ago in Accra, Ghana where she was airlifted from Nigeria.

Speaking to Malawi News Agency (Mana) on Saturday at HHI Cemetery, a representative from the Mita Family, Prof. Victor Mwapasa said Cheulekene has left a significant mark in the family.

He urged the family members and her fellow colleagues to emulate the good behaviour shown by Cheu during her life.

“As a family, we have lost a pillar; she was there in time of thin and thick. Cheu was very supportive and she used to put the family together and she can never be replaced,” Mwapasa added.

All people that spoke at the ceremony described the fallen veteran journalist as a hard worker, honest and humble who always helped others to grow.

Until her death Cheu was working for the United Nation’s (UN) based in Nigeria.

She previously worked for Nation publications Limited and she was a media trainer who worked for Institute of War and Peace Reporting. 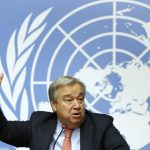 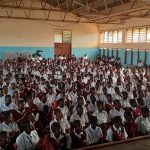 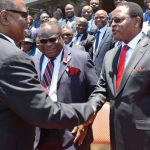