Traditional Authority (TA) Kalonga of Karonga district has denounced violence in the district saying peace and dialogue is the best way to resolve differences.

He was speaking Saturday in the district, when five cabinet ministers held a meeting with indigenous business community to address some of the challenges faced by the latter.

Tempers for some business players were high as they demanded answers from government on various challenges faced by communities in the district.

The business community cited Karonga – Songwe Road as one of raw deals the district ever had as it developed cracks and pot-holes within its first year of construction.

They also bemoaned high presence of roadblocks between Songwe Border and Mzuzu with some police officers demanding duty on goods and services bought from Tanzania, which is the responsibility of MRA officials.

“We also urge government to furnish us with Kawuni-wuni report. We are wondering to see foreigners extracting minerals while we the locals do not have any information,” said a representative for the group, Suzgo Mwalwanda.

As the meeting unfolded some contributors said the district would continue with provocative actions if the challenges are not addressed.

“This is Karonga. In as far as our challenges are not addressed we will continue with violent demonstrations for us to be heard,” said one of the participants.

However, TA Kalonga denounced the approach saying it was counterproductive.

He said much as he would have loved government to fulfil its promises for the betterment of his subjects, violence was not a solution for demanding development.

He commended the ministers for engaging the business community in a round table discussion saying it gave people of Karonga an opportunity to express their concerns to government for redress.

Minister of Information, Civic Education and Communication Technology, Mark Botomani said he was happy that the people were able to demand different developments from government.

He said government would continue conducting meetings with citizens as a way of ensuring that pertinent challenges faced by communities are addressed by responsible authorities.

“Yes, the people were charged at the beginning of the meeting, but after five hours of our discussions, we agreed on the issues,” he said.

The minister called on the business community to play a civic education role to communities against witchcraft suspicion murders following such reports in the media.

Botomani urged councils to be communicating to people what government is doing as most of the issues done by central government come through councils. 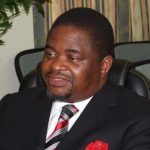 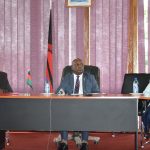