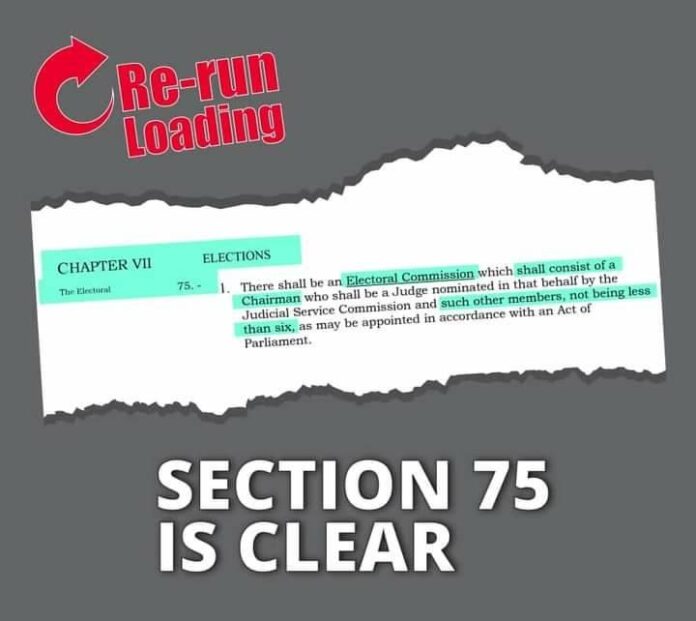 While many people think that the legal battle that the DPP is mounting in court, starting today, is about the nullification of the June 2020 elections, nothing would be further from the truth. Today, the country’s constitution will come under the microscope in what would be one of the biggest legal battles that the country has ever witnessed. Bigger than the battle that led to the nullification of the 2019 Presidential Elections because this battle will test whether the country’s constitution is supreme to all other laws as provided for in Chapter ??

The constitutional court that will start hearing arguments on the case today, holds the key to interpret the contentious issue of the legality or illegality of the Malawi Electoral Commission that presided over the June 2020 presidential elections.

Following the High Court Judgement that led to the rescission of the appointment of four Commissioners from DPP, the Commission found itself with less than the six members prescribed in the constitution. Earlier, a similar scenario occurred when the President rescinded the appointments but this was reversed by another court leading to the MCP suing the President through the Attorney General’s office.

At that time, the Attorney General provided guidance to both the OPC and the Electrol Commission advising that issuing contracts to the Commissioners was a neater and politically pragmatic solution. While in the later opinion to the Electoral Commission after the rescission of the appointments by the President, he advised that there was effectively no Commission and that it would be illegal for the EC to continue transacting business when it was not duly constituted.

Contrary to the belief of some legal commentators that have argued that the case is an electoral case and should have been addressed within the period provided for the same in the Electoral Act, it is clear that the argument falls short to address how the parties would have known at the material point of the election that there would be this crisis caused by the judgement from the High Court? They further argue that the DPP has no locui standi in this case because they mistakenly consider it as an electoral case. In essense, this is a constitutional case and any bonafide Malawian or group of Malawians would have done what the DPP has done. It is now, up to the judiciary to protect and defend the supremacy of our republican constitution against abuse.

If, in the process, the June 2020 elections are affected, it is only a necessary and logical step to be followed.