President Chakwera suggested turning PAC into constitutional body on Wednesday at Kamuzu Palace in Blantyre during an audience with groups’ representatives.

According to President Chakwera turning the body into constitutional body will help to promote peace and unity among Malawians.

”If I had my way, we would probably say PAC should become a constitutional body that represents the biggest values of peace building,” suggested President Chakwera

On his part PAC’s chairperson Monsignor, Patrick Thawale said;”This obviously is a welcome suggestion. It shows that the president is appreciative of the role PAC play in the country in as far as fostering peaceful existence among Malawians is concerned.

“We will sit down as a committee along with other stakeholders to see of the feasibility of its implementation,”

However, in separate interviews with Zodiak Online Governance commentator, Sheriff Kaisi, and law expert, Dr. Bernadette Malunga, questioned the practicality and the relevance of having the independent body into the government system.

The Public Affairs Committee (PAC) was founded in 1992 by the religious community and other pressure groups in Malaŵi. 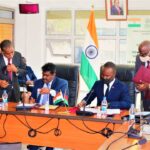 Malawi to Export Over 250,000 Tonnes of Pigeon Peas to India 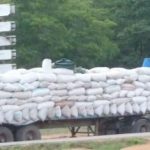