Lilongwe, Mana:  Oxfam has said the current domestic debt remains unsustainable and there was need to critically review it if the country’s economy was to grow to expected levels.

She noted that over 15 percent of the budgetary allocation was meant to serving domestic debts which were huge amount of a single sector could have utilized it to implement a number of programmes.

Mihowa added that only budgetary allocation for the 2021/2022 financial year, domestic debts stand second after Ministry of education on its allocation

She said Ministry of Finance should careful made considerations to ensure that the domestic debts should be sustainably been managed by control total expenditure and increasing revenue base generation.

The Director pointed out that, “The the budget analysis has shown that over 60 percent of budgetary allocation for Ministry of Agriculture was meant for the implementation of Affordable Input Programme (AIP).”

Mihowa observed that AIP should be clearly defined as a social protection programme or agricultural productivity programme and a clear policy direction should be made to ensure that those beneficiaries should be able to graduate from the programme.

She said a review of such programme should be made to have tangible evidence as to how the beneficiaries are maximising it.

“There was need to have a cost benefit analysis on the programme in order to come up with an informed decision regarding the future implementation of the programme,” Mihowa suggested.

She said if 60 percent of budgetary was meant for AIP, this means research and extension service need to be prioritize by providing it adequate funding.

Director said AIP has been seen as a crop development programme leaving out the other sector like livestock production in which AIP beneficiaries are not encouraged to venture into.

She said the analysis has revealed that budget implementation faces a lot challenges such as large diversion of funds, high budget deficit and abuse of public resources.

Nyasulu added ECAMA would make sure that public resources are properly managed through evidence based research to inform policy decision making in public Finance management.

Chairperson of Budget and Finance Committee, Gladys Ganda noted that the large amount of budgetary allocation for Ministry of Education was meant for wages and salaries despite being ranked number one in allocation order.

She said educations allocation there are no investments for the sector to be implement in the coming financial year.

Ganda said the Minister Finance has been unrealistic in the projection of exchange rate in which he indicate that kwacha would be selling at K750.00 to American dollar  but as of now it is selling at K 800.00.

She said the Minister has a mammoth task to ensure that the kwacha gains its value putting in place economic practical measures. 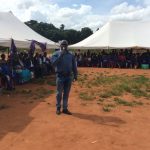 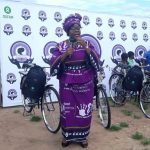 OXFAM In 50:50 Elect, Retain Her Campaign 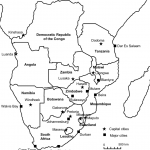