Mzuzu, May 5, Mana: People in Mzuzu City have expressed concern over non-issuance of change in coin value which is common among shopping malls.

One of the consumers, Veronica Chirwa, told Malawi News Agency she never received all her change from shopping malls as they claimed they did not have coins.

Chirwa claimed that shops have stolen a lot of money from unsuspecting Malawians through tricks in their pricing of commodities.

“We are very concerned with this trick as they are robbing us of our money.

“If they know they have problems to give such amounts of money as change, they should charge a commodity with the price which will enable them give out change,” she said.

Another concerned customer, Lameck Munthali, said it was sad customers short in smaller value of money are denied to buy commodities from such shops.

Commenting on the matter, Consumers Association of Malawi (CAMA) Executive Director, John Kapito, said the conduct is a violation of consumers’ rights.

He said consumers have the right to receive change in any amount of money from any shop in the country.

He said the money might look small from an individual perspective, but shops make huge profits from the same.

One of Sana Shop managers, who spoke on condition of anonymity, said shops sometimes fail to give change due to scarcity of coins.

However, according to Reserve Bank of Malawi Director of Currency Management, Joseph Milner, the bank produces enough coins.

Nevertheless, he pointed out that the coins do not get much demand from commercial banks which the central bank directly deals with.

“At some point, we engaged commercial banks to find out why they do not demand coins, but they also claimed that there is no demand for coins from their customers,” Milner said.

Malawi has coins in values of one, two, five, ten, twenty and fifty tambala. The country also has one, five and ten kwacha coins. 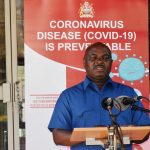 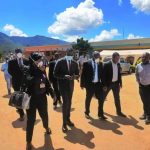 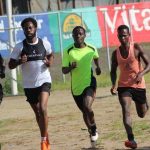