Blantyre, May 3, Mana: Journalists from various media houses in the country on Monday  turned out in Blantyre to commemorate World Press Freedom Day (WPFD) with a freedom march from Kamuzu Upper Stadium to Malawi Sun Hotel in the heart of the commercial city.

World Press Freedom Day falls on May 3 every year. This year the celebrations mark the 30th anniversary of the Windhoek Declaration.

This year’s theme is a call on access to information and media freedom in times of crisis.

After the march from Kamuzu Upper Stadium to Malawi Sun Hotel, Ndanga reminded journalists and stakeholders of challenges of ‘fake news’ and the need to find sustainable ways of addressing them.

Ndanga said the celebrations provide a unique opportunity for stakeholders to reflect on the state of media freedom and access to information and the challenges.

She said professional journalism helps counter disinformation and it is the only option that people have to access accurate and relevant information to make informed decisions.

Ndanga also pleaded with journalists to be mindful of the time they give sources especially Public Relations Officers to provide them with right information under the Access to Information law.

“Some stories need information that requires sources to research before being handed to you,” she said.

She also reminded the journalists that professional reporting is critical at all times.

During a panel discussion under the theme, ‘Information as a public Good: State of Media Freedom and Freedom of Expression in Malawi 30 years after the Windhoek Declaration’, a number of panelists commented on the topic.

Media Council of Malawi (MCM) Chairperson, Wisdom Chimgwede, asked journalists to be   self-regulatory within media houses, emphasizing that the Council has received many complaints from stakeholders complaining about journalists’ behaviour.

He also reminded media houses to make sure that their journalists are accredited by the Council.

Director of Communications at State House and the Executive Assistant to the President, Sean Kampondeni,  said  the current administration operationalized the Access to Information in its first 100 days, which is a good sign to allow journalists access information. 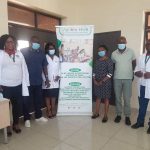 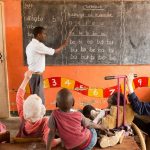 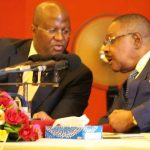