Blantyre, April 17, Mana: The Special Law Commission on the review of Immigration Act said the review of the Act will help the Department of Immigration to move into the right direction in many areas including boarder management and incorporating technology issues among others.

Chief Director in the Ministry of Homeland Security and Deputy Chairperson of the Special Law Commission on the review of Immigration Act, Dr Hudson Mankhwala said this on Friday in Blantyre during regional consultative workshop of the Review of the Immigration Act.

“The current Immigration Act does not say anything regarding boarder management in terms of use of established boarders as well as management of the boarder line because when you talk of a boarder, it is more about the entire length of the boundary that needs to be controlled through immigration,” he said.

“The government is moving towards e-immigration where you have e-permits, e-visa and almost everything electronic and therefore, we believe through the consultations we can get guidance in terms of how these can be embedded in the law so that it is well covered and not challenged when put to use,” added Mankhwala.

Deputy Chief responsible for Central Region Immigration who is also a member of the Special Law Commission of the review of Immigration Act, Limbani Chawinga lauds the review saying it will ensure that Immigration Department works in line with the constitution.

“The Act is old, it was enacted in 1964 and it is not in line with the current provisions in the constitution as such we need to ensure that we align our operations to what the constitution requirements are,” he said while being hopeful that the review will result into an Act that will ensure that the Department of Immigration is in line with human rights issues when discharging its duties.

“We meet a lot of challenges when going outside the country as there are some countries that refuse to stamp our passports for their own reasons,” she said.

She was hopeful that the review process will help come up with an Act which will facilitate a conducive business environment for cross boarder traders that are compelled to frequent travels. 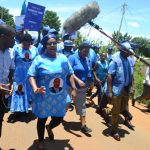 DPP Strongly Warns MCP Over Attacks: We Will Hold You Accountable 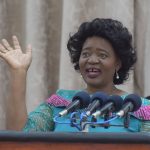 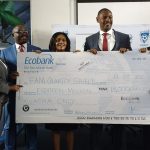