Lilongwe, April 17, Mana: Minister of Homeland Security Richard Chimwendo Banda has warned against perpetrating violence towards refugees, as government will be repatriating over 2,000 refugees and asylum seekers to Dzaleka Camp by April 28, 2021.

Addressing the media in Lilongwe, on Friday, Chimwendo Banda described the exercise as a matter of national concern because they pose “a risk to national security as they migrate with different reasons.”

The Minister was in the company of Inspector General of Police, George Kainja, senior officials from the Immigration Department and the refugee camp.

He said no one should take the law into their own hands adding that the exercise of repatriating the refugees is the duty of law enforcers.

“No one should be found chasing any asylum seeker and refugee in the communities we will take that person as a thief trying to loot property,” he said.

He said it is government’s wish to see to it that the repatriation exercise is conducted in a peaceful and orderly manner.

Refugees and asylum seekers  living and doing businesses outside Dzaleka camp were given a 14 day ultimatum to return to Dzaleka Camp.

The Malawi Police Service and the Immigration Department were on a week long mission to notify all the targeted foreigners to leave areas they are residing in within 14 days from the date of notification. The mission was concluded on April 14, 2021.

Chimwendo Banda said at the expiry of the 14 days ultimatum which government gave the refugees and asylum seekers to voluntarily return to the camp, law enforcement agencies will have no choice but use all legal remedies.

Inspector General of Police, George Kainja further warned that everyone who will loot property and harass refugees will be convicted.

Kainja said refugees should voluntarily leave without being forced or else they will apply force to ensure that they leave communities.

“We will use force on anyone who will not comply with our plans otherwise we wish this exercise to run smoothly, we need peace, law and order,” he said.

Currently the country has 48,824 asylum seekers and refugees including both from the camp and those that are outside the camp. 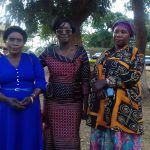 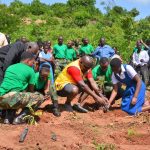 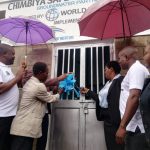 Over 15,OOO People Connected to Piped Water in Dedza

One Response to "Govt Warns Against Violence Towards Refugees"