Lilongwe, April 2, Mana: President Dr. Lazarus Chakwera has urged Malawi National Football Team, the Flames players to go to Cameroon next year and demonstrate that they are capable of doing well in any football competition.

The President Thursday hosted the Flames players at Kamuzu Palace in Lilongwe to congratulate them on their qualifying for 2021 African Cup of Nations (AFCON) after beating Uganda 1-0 on Monday and the finals will be played in Cameroon in January, 2022.

Chakwera said the players had done the nation proud, saying they proved wrong sceptics who were labelling the Flames as underdogs ahead of the decisive match with Uganda Cranes.

“It is not enough to aim for goals because you have been scoring goals before. You should aim for something that has never happened before,” he said.

The President pointed out the need to start identifying football talent among the youth and nurture them to become great footballers that would build a formidable team in future.

He expressed disappointment that Physical Education (P.E) was no longer being taught in public primary schools.

Chakwera said the subject was very critical as it used to help children develop interest in various sporting disciplines as well as improving their physical abilities.

President of Football Association of Malawi (FAM), Walter Nyamilandu said the association has plans of continuing participation in international tournaments.

“The AFCON qualification has given us great momentum. Our desire is to build on this momentum to participate in more international tournaments. However, for this to happen, we need more funding,” he said.

He said there was need to change the model which government currently uses to fund FAM.

He said, among others, FAM was proposing that treasury should be funding it directly unlike the current model where by the funds are channelled through the Ministry of Youth and Sports.

Captain for Flames, John Banda asked government to consider introducing soft loans for players to help them venture into businesses.He said the players needed additional means of earning income in preparation for their retirement.

Banda added that it was sad that most former players who contributed a lot to the national team are now in dire poverty. 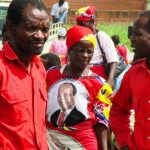 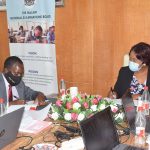 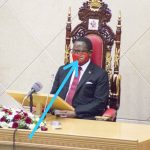