The Malawi National Women’s Team Coach, McNelbert Kazuwa, says his side is geared to face defending champions and favorites South Africa in a 2020 Cosafa Women’s Championship semifinal this afternoon.

Kazuwa said even though the Scorchers haves struggled against South Africa in the past, the girls are committed to break the jinx.

The last and only time Malawi were in the Cosafa semis back in 2011 they lost 5-1 to South Africa.

Kazuwa said the Scorchers are prepared to write a new chapter by stunning the hosts.

“The girls are well prepared and ready to meet South Africa. We know they are defending Champions and they have been defeating us but this time around, we are geared to win.

“It’s going to be a final before final match because giants of the tournament are meeting. We are not changing the approach we used in our group stage matches, that’s attacking.

It will be a game of numbers in both the midfield and striking force and with the dedication that is in our girls, we have no doubts that we carry the day,” he said.

Captain and joint leading scorer Tabitha Chawinga is once again expected to lead the attack alongside younger sister Temwa and Zainab Kapanda.

Malawi qualified for the semifinals following 9-0 and 1-0 victories over Lesotho and Zambia respectively in the group stages. 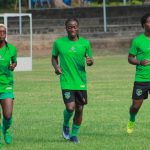 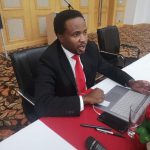 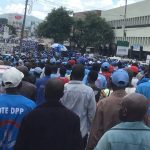