The Media Institute for Southern Africa (MISA) Malawi Chapter has acknowledged that social media is amplifying fake news in the country.

MISA Malawi Chairperson, Teresa Ndanga made the admission on Saturday in Nsanje district when MISA Malawi conducted an interface meeting with stakeholders on fighting fake news through access to information.

Ndanga said most of the false news is emanating from social media and that sources of such information are not disclosed.

“It is really true that social media has amplified fake news. Everyone can just think of telling people lies.

Most of the times the fake news sources hardly have their names on it. So, once you see news without indicating the author, just know that it’s fake,” said Ndanga.

Ndanga said such a situation is compounded when there is information vacuum by those responsible for providing such information to the public.

She, therefore, urged government offices to provide information to the public before they ask for it so that most of the fake news is cleared.

“Apart from that, people should tune in to radio stations which they know are credible to avoid getting false news. Credibility of the institution providing information is paramount,” she said.

In his contribution, Traditional Authority Chimombo said time has come to ensure that fake news is not accepted in the society. 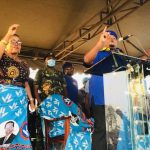 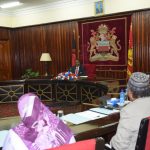 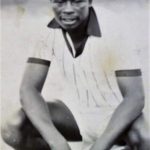