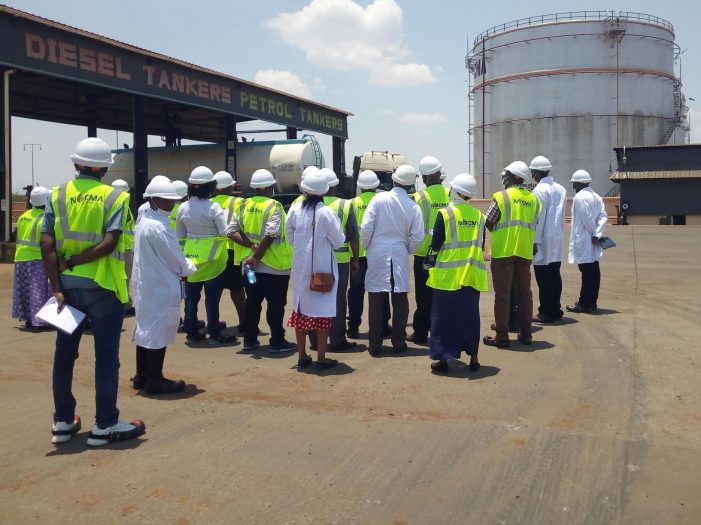 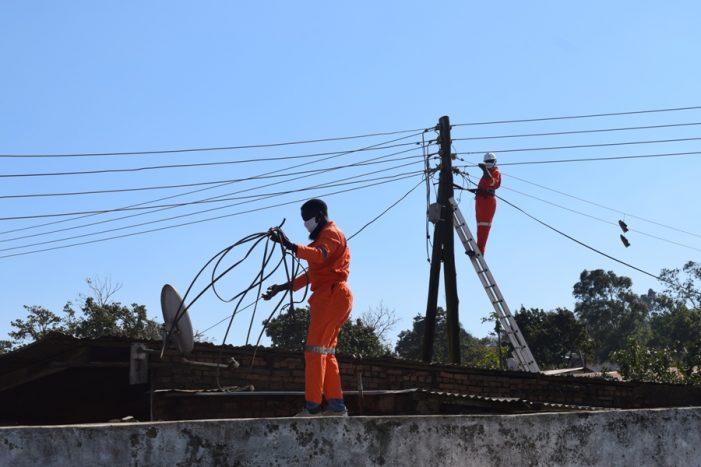 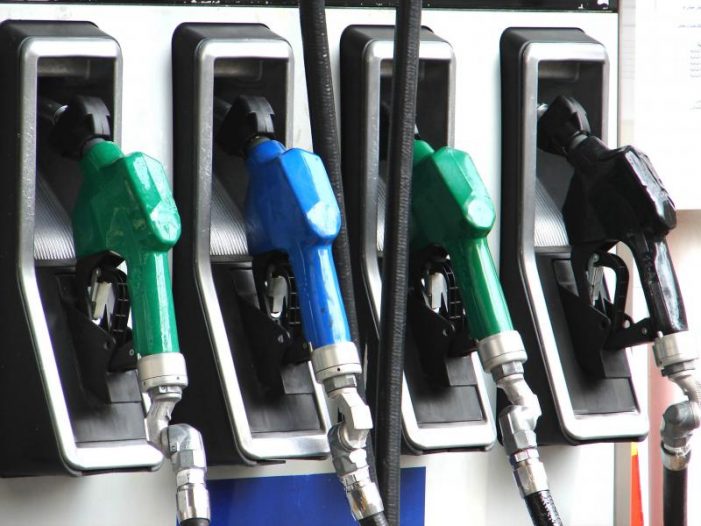 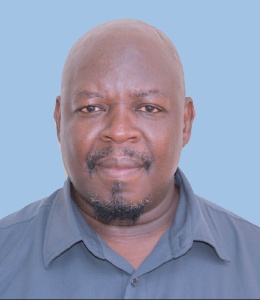 Malawi Energy Regulatory Authority (Mera) management has appointed its Director of Legal Affairs and Board Secretary Ishmael Stan Chioko as Acting Chief Executive Officer despite that Chioko has been implicated in cases of money laundering and corruption before. An internal memo that we have seen states that the regulator’s embattled CEO Collins Magalasi who is […] 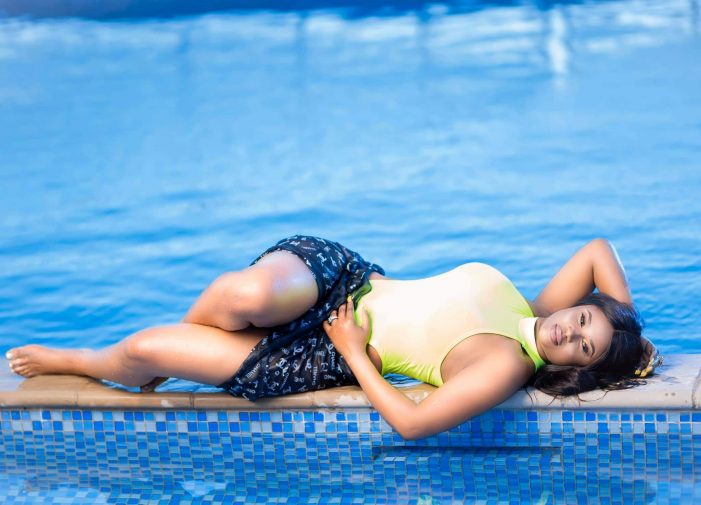 Renown Business Lady and socialist Dorothy Shonga popularly known as ‘Cash Madame’ on Sunday made her first facebook post after being released on bail by a Malawian court. Dorothy who is the owner D.C Brand Cloud, a local branding and marketing company was arrested alongside Malawi Energy Regulatory Authority (MERA) Chief Executive Officer Collings Magalasi […] 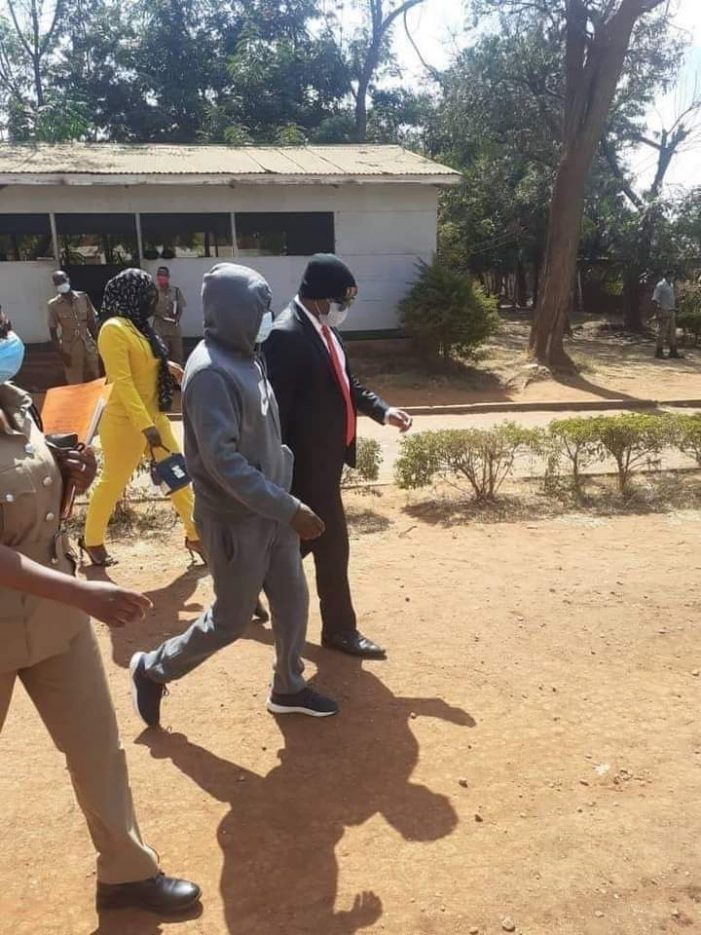 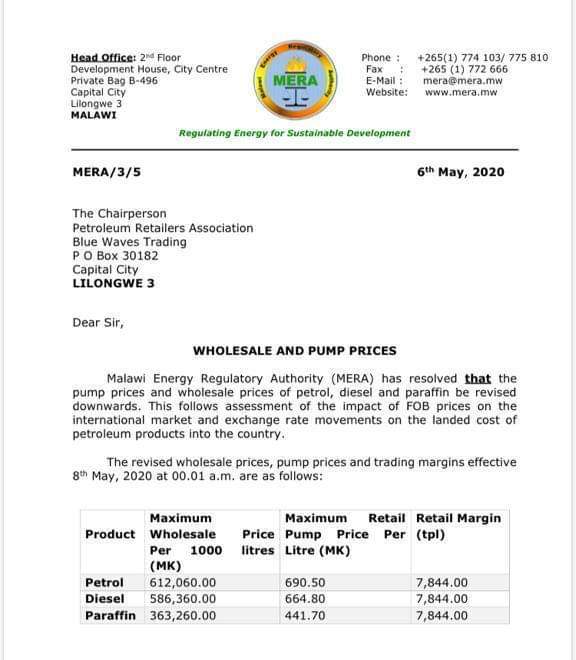 The Malawi Government through the Malawi Energy Regulatory Authority ((MERA) has reduced fuel prices from Friday, May 8, 2020. MERA Board Chairperson Rev. Dr. Joseph Bvumbwe and Chief Executive Officer Dr. Collins confirmed the development through a press statement issued on Wednesday. According to the statement, Petrol will now be at K690.50 from K780.00 per […] 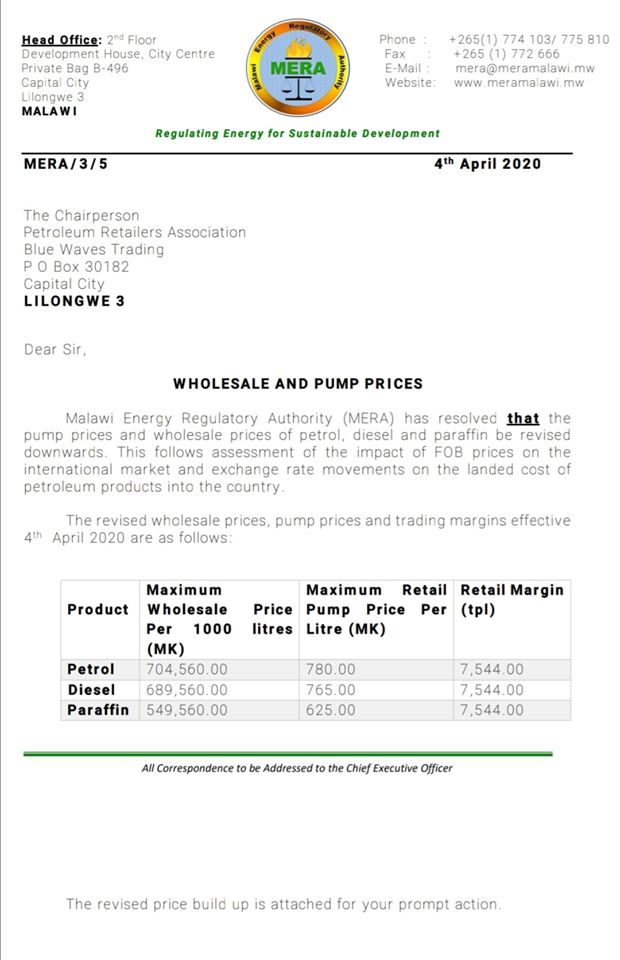 The Malawi Energy Regulatory Authority – MERA has effective today 4th April reduced fuel prices as per the directive by President Peter Mutharika. Mutharika said Saturday evening this will help to reduce impacts of some measures in the prevention of the coronavirus in Malawi. Petrol will now be selling at 780 kwacha per liter from […] 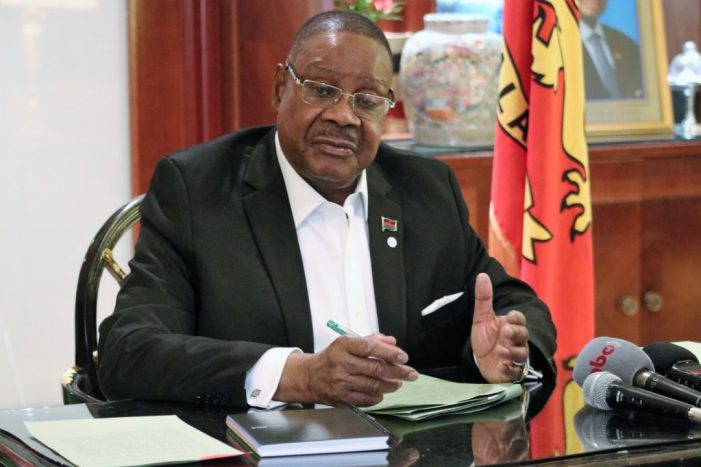 NATIONAL ADDRESS BY HIS EXCELLENCY PRESIDENT PETER MUTHARIKA ON ADDITIONAL MEASURES TO THE NATIONAL RESPONSE ON CORONAVIRUS 4 April 2020 Fellow Malawians, On Thursday, I announced that we now have confirmed cases of Coronavirus disease. Now we have a fourth confirmed case in Blantyre. An attack on one of us is an attack on us […]

We Have Enough Fuel Reserve- Mera

The Malawi Energy Regulatory Authority (MERA) has assured the nation of stable supply of fuel amidst the spread of the deadly coronavirus which has forced countries to shut their borders. MERA’s Chief Executive Officer, Dr. Collins Magalasi made the assurance on Tuesday through a press statement. He said the country has enough fuel which can […]