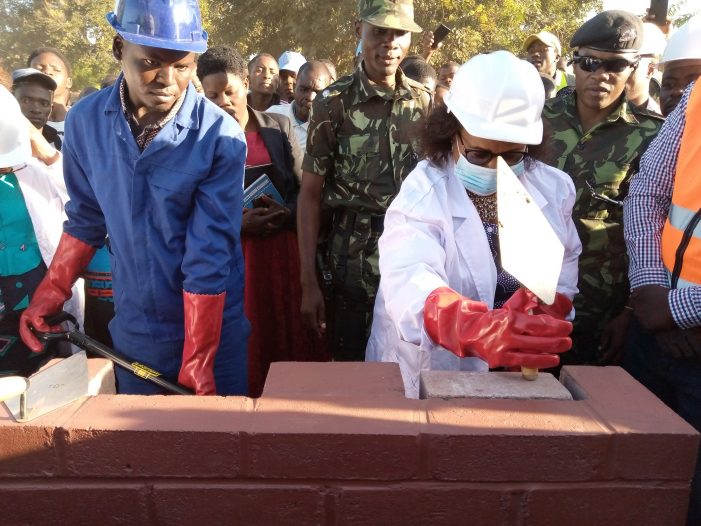 By Aaron Banda Local Government and Rural Development Deputy Minister, Grezelder Jeffrey on Monday laid a foundation stone for the construction of Kapiri Market and a Bus Depot in Mchinji North East Constituency worth about K1.6 billion. The project, which is expected to be completed in June 2021, is being funded by Malawi Government. Speaking […] 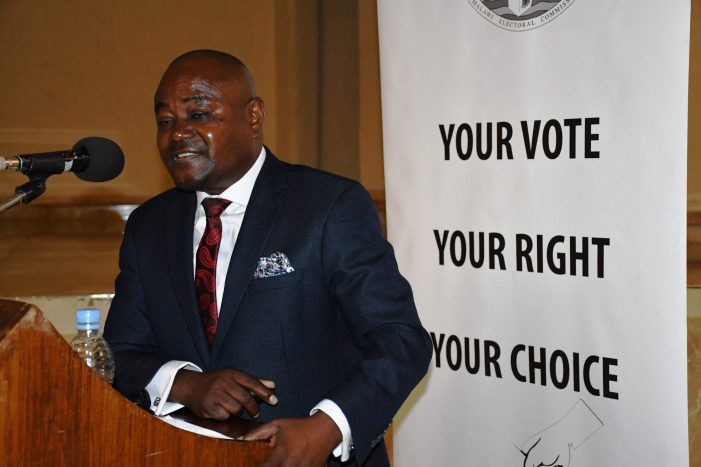 By Ireen Kayira The National Registration Bureau (NRB) says it will not hand over their national registration database for auditing as per Malawi Congress Party’s request. Speaking in Lilongwe on Tuesday during a press briefing that was held in collaboration with Malawi Electoral Commission (MEC), NRB Chief Director, Mcford Somanje said doing so would be […] 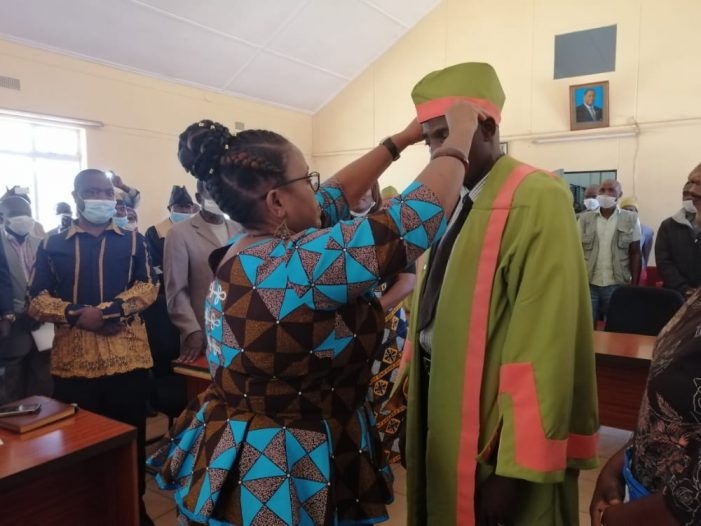 By Chimwemwe Njoloma The chieftaincy wrangles in Traditional Authorities (TAs) Mazengera and Kalolo in Lilongwe have finally been put to rest after government  Friday installed heirs to the two thrones, which have been vacant for nine and two years respectively. The two, Davis Sindeya for TA Kalolo and Tima Chonongera for TA Mazengera were crowned […] 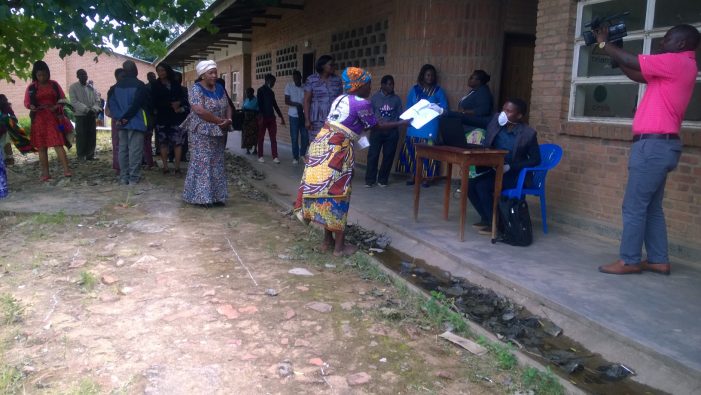 By Maston Kaiya Ntcheu, May 16, Mana: Minister of Population Planning and Social Welfare, Mary Clara Makungwa says she is impressed with social cash transfer E-payment services provided by FDH Bank in Ntcheu district. Makungwa made the remarks on Friday when she presided over the launch of E-payment program at Tchauya cluster in Traditional Authority […] 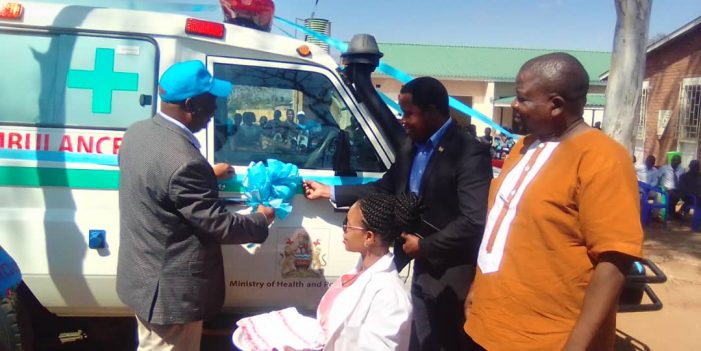 By Solister Mogha Zomba, May 16, Mana: People of Zomba Lisanjala Constituency on Friday got a shock of their life when, for the first time, a new ambulance was donated to Mambo Health Centre. Member of Parliament (MP) for the area, who is also Minister of Education, Science and Technology, Dr William Susuwele Banda couldn’t […] 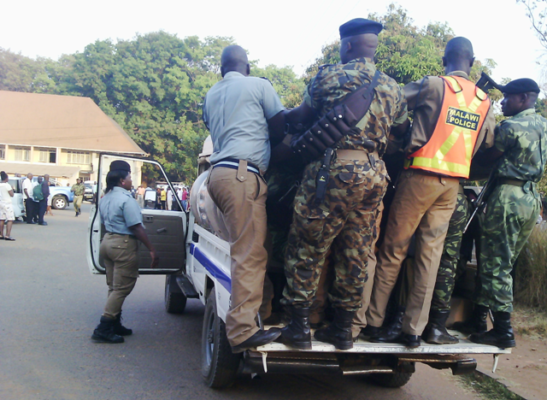 By Daniel Namwini A Standard 7 girl at Kawale Primary School on Thursday committed suicide by throwing herself in Lilongwe River after being warned over multiple sexual relationships. Lilongwe police spokesperson, Foster Benjamin has confirmed to Malawi News Agency (Mana) on Friday that the deceased a 14 year old (Name withheld) hailed from Kabudula village, […] 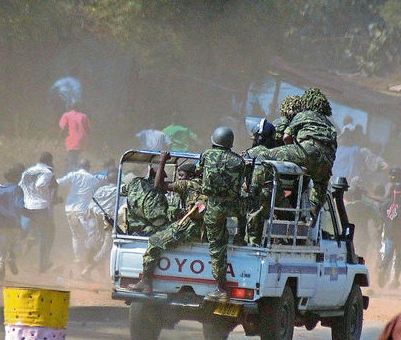 Authorities have cleared Democratic Progressive Party (DPP) Eastern Region Governor, Julius Paipi over Mangochi ritual murder in which a businessman was found with two dead bodies of children. The businessman identified as Mr. Iddrissa, a former Paipi employee who was dismissed some years ago after swindling over Mk 20 Million, on Friday evening was found […] 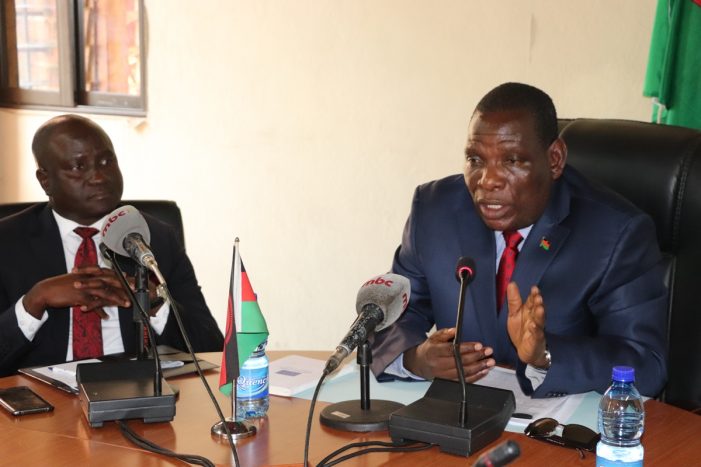 By Sylvester Kumwenda Lilongwe, May 15, Mana: Malawi Enterprise Development Fund (MEDEF) has disbursed around K800 million to women and youth across the country under the Women and Youth loan scheme. The K 15 billion worth loan scheme was launched earlier this year by President Prof. Peter Mutharika to empower women of up to ages […] 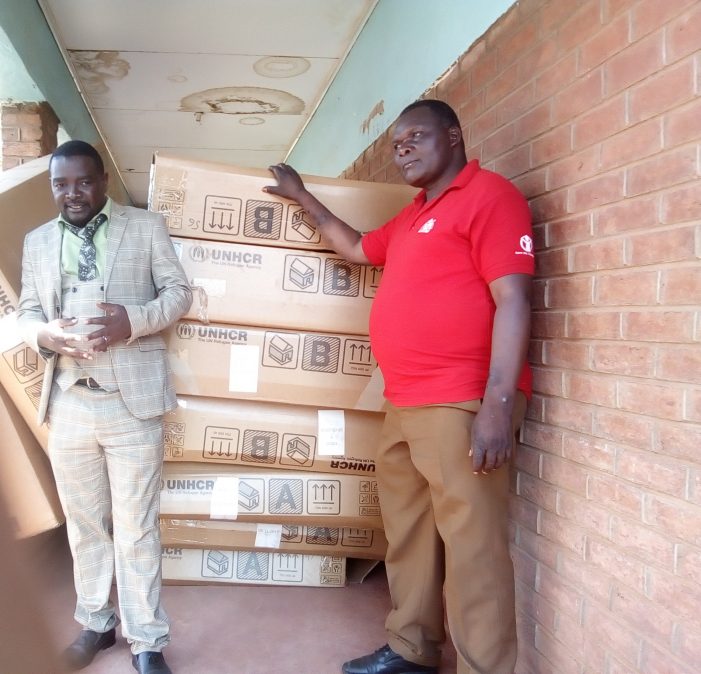 The Malawi government has promoted all junior Immigration Officers with immediate effect from Tuesday 12 of May 2020, Malawi Voice has learnt. The Director General of the Department of Immigration and Citizenship Services, Masauko Medi confirmed the development in a memo dated 13 May 2020. “The Director General congratulates all constables and sergeants for being […]