A thought-provoking brand new novel by a Blantyre based writer Gertrude Gomani ‘Surviving the lean season’ has finally hit the market in all Montfort Media book shops across the country and its going at MK2000 ( Two Thousand Kwacha) per copy.

According to the author Gomani, ‘Surviving the Lean Season’ novel depicts some of the problems that the marginalized class are facing in developing countries such as Malawi.

Multi-talented Gomani, a graduate from the Polytechnic a Constituent College of the University of Malawi, was inspired by ‘cashgate’- a scandal involving the systematic plunder of public funds which happen at Capitol Hill during Joyce Banda’s era.

“Inspired by the notorious cash-gate, I started writing a story…..the story emphasizes the hardships poor Malawians are facing as results of massive plunder of public resources by some self-centered citizens,” said Gomani

She further said: “The novel is an aspirational story of an ambitious teen-age girl who struggled with poverty until she made it to the university. I hope the story will help to the change mindset of many people.”

In his review, Professor of Africa Languages and Cultures at University of Malawi, Pascal Kishindo said: “It is a well-wrought story, narrated with passion and verve. For those who enjoy reading good stories, this is it. A must read.”

A 25-year old author Gertrude Gomani started writing in 2009 while in Form 2 at Stella Maris Secondary School in Blantyre.

Locally, she is inspired by Stanley Onjezani Kenani and the brain behind Smoldering Charcoal Tiyambe Zeleza.

In May last year, Gomani also launched another book titled Reminiscence: a collection of 24 short stories. 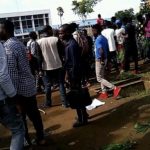 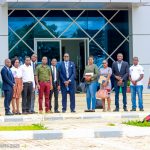 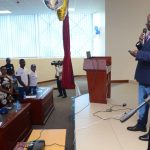