Malawi President Dr. Lazarus McCarthy Chakwera has called on Malawians to embrace values of mindset change to build Malawi in all spheres of development.

Chakwera made the call on Sunday at Comesa Hall in Blantyre when he presided over the installation of the first Malawi territorial leaders of Salvation Army.

He witnessed the installation of Colonel Alfred Banda to Malawi Territorial Commander and his wife Colonel Pamela Banda to Territorial President of Women Ministry.

Chakwera observed that a nation with poor values characterized by lawlessness curses itself instead of prospering.

“A nation without values, a nation of lawlessness, a nation in which everyone becomes a king in their own eyes rather than respecting the rule of law is a nation that curses itself,” the state president said while calling on Malawians to instill value systems that should live longer.

He therefore called on Malawians to inculcate in themselves good values that will benefit them and generations to come.

“Churches preach true repentance and inculcate in us the values of kingdom of God. We all need to adhere to this and practice them accordingly in order to move the nation forward,” said Chakwera adding that a nation’s future is decided by the present decisions.

The Malawi leader then commended the relationship that exists between the church and government in promoting development of the country.

He then congratulated Colonels Alfred and Pamela Banda for ascending to the highest office of Malawi Salvation Army as territorial leaders.

Chakwera advised the newly installed leaders to remain focused, courageous and attach themselves to the works of God.

“Keep your focus on God, attach yourselves to His plans,” Chakwera appealed to the couple.

Evangelical Association of Malawi, General Secretary, Reverend Francis Mkandawire, encouraged  the church to continue proclaiming the gospel of Lord Jesus Christ and providing essential services to benefit many people in the country.

He then appealed to church leaders to play complimentary role in helping the government in clearing rubbles such as political partisanship within churches, conflicts, immorality, unfaithfulness and love of money to build a good Malawi.

“I believe if we start clearing such rubbles in the churches, the country at large will get healed and peace, unity as well reconciliation will prevail,” he said.

In his acceptance speech, the newly installed Territorial Commander Alfred Banda expressed his determination to lead the church wholeheartedly with integrity, competence and empathy to promote kingdom values of God.

“Women are not objects of sex, they’re not sex toys,” the newly installed Salvation Army Territorial Commander added while calling for spiritual intervention against the spirit.

Banda also spoke against abortion observing that biblically it is wrong as life of any human being starts at conception.

He said he is committed to instill self-reliance within the Malawi territory to depart from donor and partners dependency.

“While we appreciate donation from partners overseas, we will gradually move towards self-reliance, Colonel Banda said while pledging to investment resources in infrastructure development and developing succession plans to ensure sustainability in discipleship and other church development.

During the ceremony, President Chakwera read the scriptures extracted from the book of John 17 verse 17 to 26.

Salvation Army started in Malawi in 1967 but was officially registered on October 2, 1973. 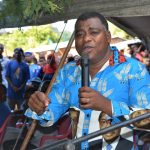 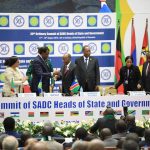 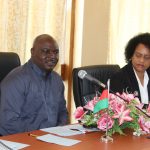