The Democratic Progressive Party (DPP) on Saturday tore apart the Tonse Alliance government manifesto, claiming it has miserably failed to live to peoples’ expectations within the first 100 days, adding DPP will soon bounce back in government due to its development agenda.

Speaking at Ndomomo school ground during the political campaign rally aimed at canvasing votes for its candidate Ernest Mwalughali for the forth coming by-election, DPP publicity secretary Brown Mpinganjira said the Tonse Alliance led government is yet to give Malawians the one million jobs and construct 400 roads in eight months as promised.

Said Mpinganjira: “Malawians have now differentiated between DPP and the Tonse Alliance government as within the four months we have been out of government people have noted that this government has done completely nothing in terms of its promises. For example, they promised you three meals a day but look, they have even taken away the two meals you were taking and you only take a single meal per day.

“And again, not even a single road out of the 400 roads they promised has been constructed. The one million jobs are nowhere to be seen. The universal fertilizer program is no longer there. Therefore, vote for Mwalughali because soon he will be in government”.

Speaking at the same event, the DPP’s vice president for the North Goodall Gondwe said after interacting with Mwalughali, he has decided to throw his full weight behind him as the DPP’s visionary, development conscious and altruistic young man who is geared to develop Karonga Central.

Taking his turn, DPP’s director of logistics Symon Vuwa Kaunda urged people to vote for Mwalughali who will add voice in parliament to the already existing two Karonga Parliamentarians and bring develop through partners who he said are connected with the party’s president Peter Mutharika, saying it is the DPP that constructed the Karonga-Songwe and Karonga-Chitipa roads and Karonga Stadium.

However, UTM Party outspoken Secretary General Patricia Kaliati and government spokesperson Gospel Kazako in separate interviews trashed Mpinganjira’s slurs, saying as a former ruling party, they have nothing new to offer to Malawians.

Said Kaliati: “DPP is crying for spilt milk as they don’t believe that they were booted out of government and it is the same people who looted government resources and failed to develop Malawi”.

While Kazako said as government, their eyes are focused on the ball to rebuild a new Malawi for all adding, “we are moving forward and we have nothing to do with detractors”.

A Mzuzu based political commentator George Phiri echoed similar sentiments, saying the DPP should be able to differentiate between mere rhetoric politics and reality as over 10 years the same DPP failed to accomplish a number of developments in the country.

“The people that they talked to should be able to know that from 2014 to 2019 the DPP failed to develop Malawi. If anything, it is the Bingu wa Mutharika’s DPP that at least uplifted the face of Malawi with tangible developments. 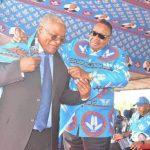 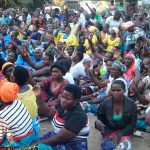 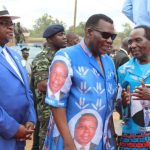