Blantyre , October 16 , Mana; All eyes will turn  to Zomba on Saturday as President Dr Lazarus Chakwera is expected to launch the most anticipated Affordable Inputs Programme (AIP).

According to the Secretary to the President and Cabinet, Zanga-Zanga Chikhosi, the President will launch the programme at Pirimiti Boys Primary School ground at Jali in the area of Traditional Authority (TA) Mwambo, Zomba district.

The Programme will see government using biometric system which would enable farmers to procure fertilizer and maize seed from approved suppliers.

Recently, Minister of Agriculture, Irrigation and Water Development, Robin Lowe told journalists during a Press briefing that government has targeted 4.2 million smallholder farmers to benefit from the programme.

He added that the move was to help the country attain food security at household and national levels.

In the 2020/2021 national budget government has allocated about mK150 billion for AIP.

During the campaign President Chakwera then opposition leader promised Malawians Universal Fertilizer Subsidy only to change tune after being elected. 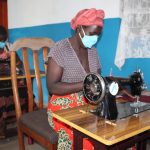 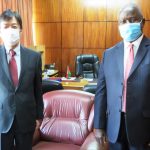 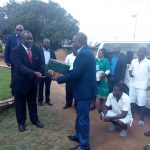 Mzuni Donates Own Made Sanitizers To Council, Security Agencies