Scientists at the 3rd Scientific Summit on Tobacco Harm Reduction, Novel Products, Research and Policy have recommended tobacco harm reduction as a safer alternative to cessation and prevention for those who for various reasons are not able to quit smoking. 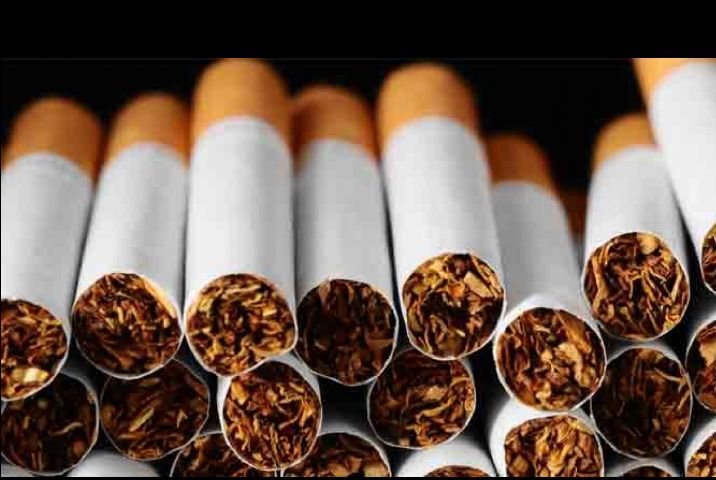 Tobacco harm reduction is a public health strategy to lower the health risks to individuals and the wider society associated with using tobacco products.

The scientists at the virtual summit which took place from September 23 to 25 2020, while acknowledging that cessation and prevention remain the most impactful and cost-effective interventions in medicine, argued that the world cannot continue to ignore those who find it hard to quit.

They called on healthcare and public health professionals to continuously raise awareness to every smoker and the population as a whole about the adverse effects of smoking.

Despite knowing the harmful health effects of smoking for decades, still, more than 1 billion people globally smoke and more than 7 million die prematurely every year from a smoking-related disease.

World Health Organisation (WHO) estimates that diseases associated with the cash crop kill almost 5 700 people in Malawi every year.

The killers include coronary heart conditions, which causes stroke—Malawi’s fourth-largest cause of death.

Tobacco use, including second-hand smoke, is the second-leading cause of cardiovascular diseases, after high blood pressure. It contributes to about 12 percent of heart diseases, the worst killer worldwide.

The scientists made a declaration where among others they recommended that smoking control strategies should be reshaped to include harm reduction through alternative potentially lower-risk products use, besides the traditional smoking cessation and smoking prevention measures.

Reads the declaration in part: “This group of smokers should not be abandoned by tobacco control policies. Where cessation repeatedly fails, switching to less harmful products will have a positive effect on many smokers.”

Dr. Peter Harper, a Medical Oncologist based in the UK, echoed the sentiments saying harm reduction strategy aims to minimize the harms of any risk behaviour in all areas.

However, he expressed worry that use of harm reduction products was facing a lot of resistance as they were not yet adopted by the Food and Drug Administration (FDA) and WHO Framework Convention of Tobacco Control (FCTC).

According to Dr. Efrain Cambronero, Chief of Surgical Oncology in Costa Rica, the main dilemma for doctors, was whether they should counsel their patients to use the harm reduction products or not.

“Sure, quitting is the best decision for smokers, but we cannot ignore the fact that 30 percent of lung cancer patients continue to smoke.  Above all, we should prevent young people from smoking and help smokers quit,” he said.

Making his contribution, Professor Manuel Pais Clemente, of Porto University School of Medicine in Portugal, who is also Vice President of the European Medical Association, stated that during the last five decades, all guidelines, policies and regulations for tobacco control were talking about smoking prevention and cessation.

“But today, there is clinical evidence that we have also other tools to help people reduce the harm from smoking. Doctors must try everything to help their patients.” Said Dr Clemente.

He noted that smokers are people at risk, and the world cannot deny them help, no matter what they do to help themselves.

He added that data regarding smoking and mortality in COPD, show that only 22 percent of patients quit smoking over a period of 14.5 years.

He stated: “In Poland, the recommendation for doctors is to follow a kind of protocol, where the advice to stop smoking is the first option and proposal for heat-not-burn products is the last option, saved for those who are not able to stop the hazardous behaviour.”

In July this year, the World Health Organisation (WHO) issued a press statement, reminding member states that are Parties to the WHO Framework Convention of Tobacco Control (FCTC) of their obligations under the Convention.

(Decision FCTC/COP8(22)) Specifically, Article 13.4(a) obliges Parties, to prohibit “all forms of tobacco advertising, promotion and sponsorship that promote a tobacco product by any means that are false, misleading or deceptive or likely to create an erroneous impression about its characteristics, health effects, hazards or emissions.”

WHO reiterated that reducing exposure to harmful chemicals in Heated Tobacco Products (HTPs) does not render them harmless, nor does it translate to reduced risk to human health.

WHO therefore recommended cessation of all tobacco use with interventions, such as brief advice from health professionals, national toll-free quit lines, nicotine replacement therapies and cessation interventions delivered via mobile text messaging.

At the closing of the Summit, the scientists founded the International Association on Smoking Control and Harm Reduction (SCOHRE) which among others would allow for open and constructive dialogue and help to come up with a new broader approach to smoking control policies.