The Centre for Democracy and Economic Development Initiatives (CDEDI) has written the Malawi Revenue Authority (MRA), challenging the revenue collector to go after Faizal Latif of Mapeto DWSM Limited who is alleged to have under-declared duty mid-2019.

CDEDI executive director Sylvester Namiwa is accusing MRA of preferential treatment in the tax law enforcement and application between the indigenous Malawians and Malawians of Asian origin, citing the late Denis Katsache as one of the indigenous businesspeople who have been unfairly treated by the Authority.

Katsache died of hypertension a few hours after MRA officials seized his truck loaded with energy drinks and bananas imported from Tanzania.

Namiwa tells the MRA Commissioner General John Bizwick, in the letter, that on August 14, 2019, the Blantyre Magistrate Court issued a search warrant for Latif under Criminal Case 277 of 2019 over under-declaration of duty to MRA.

He says the warrant authorized MRA to search NBS premises and take possession of documents tendered in court.

According to the warrant, the matter involved tax evasion. NBS acknowledged receipt on August 27, 2019.

On August 3, 2020, MRA Head of Corporate Affairs, Steven Kapoloma, told a local newspaper that that the case had delayed due to Covid-19 travel restrictions, claiming that the MRA officials were supposed to travel to China to verify the actual price of the goods Mapeto Wholesalers had imported.

“It is also worth mentioning that Faizal Latif, the proprietor of Mapeto Wholesalers, claimed in the same newspaper article that the goods in question had already been released. However, the newspaper retrated the story and apologized to Latif. What is more surprising is that MRA released the goods even before the tax evasion issues were concluded,” reads the letter Namiwa has addressed to MRA Commissioner Genera John Bizwick and whose receipt has been acknowledged by the Authority.

“Secondly, MRA is hiding behind the Covid-19 pandemic whose first case officially confirmed by the Malawi Government in April 2020, and yet the search warrant for Mapeto was issued in August 2019 – eight months before the Covid-19 confirmation in Malawi. Why has the MRA dragged its feet this long?” he asks.

Namiwa wonders why MRA failed to exercise a similar patience on Katsache who had given wrong information to the officials in order to evade duty.

“Sir, as you are reading this, MRA has lost a taxpayer; the Malawi Government has lost a productive citizen who was contributing to the country’s gross domestic product; the family has lost a husband and a father; the unemployed have lost a prospective employer. CDEDI, and indeed all Malawians of goodwill, believe that this untimely death could have been avoided if only the MRA [officials] had treated the lake Katsache fairly,” he points out.

“Now, my problem is: had it been that the incident happened to a foreigner or our dear brothers and sisters of Asian origin, that could have been an issue to warrant a whole commission of inquiry. I hope by now, you are able to know why I am writing you this letter. Since then, nothing has been heard or written.

“I expected the Anti-Corruption Bureau to act or the whistle-blowers we have in to town to act, but zero. My question is: should we say MRA has two set of tax laws? Do you think if this warrant was for an indigenous, could it be swept under the carpet like that? Why was Katsache not given a chance like the way MRA is giving to Mapeto to an extent that they are waiting up to the end of the pandemic to investigate him?” queries Namiwa. 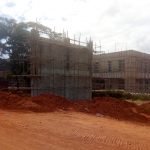 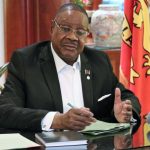 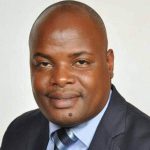